Morocco and Spain, two countries that are united in diversity, are urged now more than ever to walk together to address the challenges of globalization, said President of Spanish Council of State María Teresa Fernández de la Vega.

By
Staff Writer
-
Feb 13, 2019
Spread the love
Rabat – The two countries, which have developed a state policy that preserves the stability of their relation against occasional turbulence, have many things that bring them closer, she told Tuesday Spanish daily “El Pais”, on the occasion of the official visit by the Spanish Sovereigns to Morocco, on February 13-14, which she described as “strategic”.

“We can say, by adopting the motto of the European Union, that Spain and Morocco are also united in diversity,” said the former vice president of the Spanish government, noting that the closeness of our countries and their peoples is not a mere rhetoric but is based on an ancient affection which unites us beyond differences.

She added that promoting the best possible relations with Morocco has always been a priority goal for successive Spanish governments, highlighting the solid trade and economic relations between the two countries.

Spain is currently Morocco’s top supplier and also its top customer, the Kingdom is for us the second largest market outside the EU, after the US. It is also the first destination of Spanish investments in Africa, said Fernández de la Vega.

The Spanish official considered it necessary to work for preserving the political and commercial relations existing between the two countries, in order to continue working for peace, progress and democracy, three essential pillars for stability and development in the whole region.

“In addition, both countries have a potential for mutual development that needs to be harnessed, and I make reference here to our common interests in Africa and Europe,” she noted.

Fernández de la Vega welcomed the insight and the clear commitment of HM King Mohammed VI to Africa, thanks to which Morocco has become a model in promoting human development and modernizing governance mechanisms in Africa. 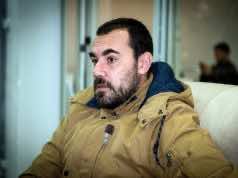