The Algerian people, his own political party and closest military chief included, have united to pressure 82-year-old Bouteflika to step down after mass protests that have lasted for weeks. The president, however, has other plans.

By
Ahlam Ben Saga
-
Ahlam Ben Saga is a Cultural Studies graduate from university Mohammed V of Literature and Humanities in Rabat.
Mar 27, 2019
Spread the love

Rabat – Algeria’s powerful National Army senior officer, Ahmed Gaid Salah, has called on President Abdelaziz Bouteflika to step down and for the Constitutional Council to implement Article 102, allowing for the removal of an incapacitated president.

Salah, who was Bouteflika’ closest ally, said on Tuesday, March 26, in a speech broadcast on state television that the way to solve Algeria’s “crisis” is to apply Article 102 of the Constitution.

“We must find a way out of this crisis immediately, within the constitutional framework that is the only guarantee to preserve a stable political situation,” Salah said.

Salah’s statement followed his comments earlier in March when he said that the military and the people share a “united vision” of their country’s future, where Bouteflika is not in power.

While Bouteflika withdrew his bid for a fifth presidential term on March 11, he insisted on delaying the April 18 elections, effectively extending his fourth term indefinitely.

Bouteflika plans to hold a “national conference” to approve a new constitution and reform the political system before his successor steps into power.

Bouteflika’s party itself,  the National Liberation Front (FLN), rejected his idea to hold a national conference, telling Algerian television channel Dzair News that is no longer a “valid”one.

Since February 22, hundreds of thousands of people have been protesting in the anti-Bouteflika demonstrations, including students, judges, lawyers, unions, and many others. 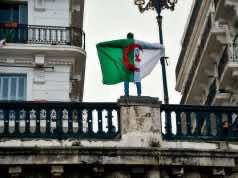 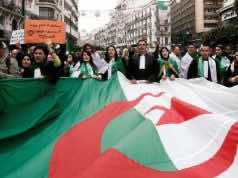 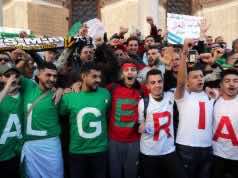