Glovo is a growing delivery service application that began in Barcelona in 2015.

Rabat – Spanish delivery start-up Glovo announced fundraising €150 million to boost growth and make itself the number one service application in Morocco and worldwide.

The landed funding is led by Lakestar, with the participation from Drake, Korelya, and Idinvest.

The company announced in a statement that it has raised more than €457 million since its creation in 2015.

Glovo is a delivery service application launched in Barcelona in 2015. The company managed to rapidly expand its presence to 19 countries in different continents.

The service allows users to order anything that fits a bike or moped.

Customers can also use Glovo to retrieve forgotten items like keys or an umbrella to ordering take-out or sending  someone special flowers or chocolate.

Glovo is operational in Morocco’s major cities, such as Casablanca, Marrakech, Rabat, and Tangier. 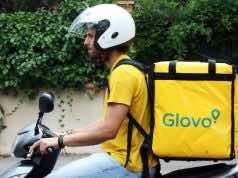