King Mohammed VI has expressed his disappointment in the lack of progress of socio-economic projects in Casablanca, during his his visit to the city to perform duhr (Friday prayers) at the Hassan II mosque.. 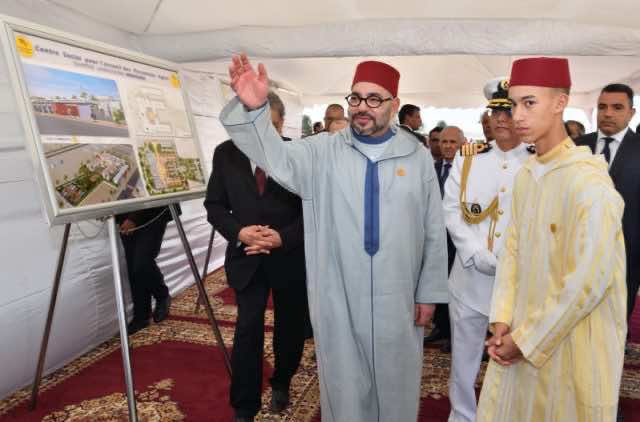 Rabat – King Mohammed VI was not satisfied with his recent visit to Casablanca, where he performed Friday’s prayer on Friday, May 17.

Moroccan newspaper Al Massae reported that the king had expressed his dissatisfaction with the progress of various socio-economic projects, which “should” be opened soon.

Al Massae, however, reported that, during his visit to Casablanca, the King noticed several incomplete projects that should n, according to their schedules, be due for completion very soon.

Quoting authorities in the region, Al Massae added that the delays might cause sanctions among elected officials and directors of development agencies for not regularly inspecting the projects.

The newspaper said that the  Casa Amenagement, a public limited liability company based in Casablanca is to blame for the delay in the socio-economic projects.

The newspaper added that a budget of MAD 26 billion has been allocated to the company for the development of the city.

Casa Amenagement website has featured a list of projects, which are complete or currently in construction, for the development of the city. Among the projects is the CasaArts, a cultural project which aims to promote culture in the region.

The project is was launched in October 2014. The company said that the project might be completed in September 2019, with a progress of 97 %.

“Multidisciplinary space dedicated to all “scene based” art forms (Theatre, dance, music, musical comedies…) it will welcome cultural and artistic shows and events of international standards all year long,” according to the company.

Casa Amenagement also said that the project has been allocated a  budget of MAD 1,44 billion global investment.

Most of the sites in the Casa Amenagement project are still under construction, , including the Arab League Park.  The project, which cost MAD 100 million should be completed in June 2019.

“The project of rehabilitation and upgrading of the Arab League Park will be done in line with the fundamentals of landscaping from the beginning of the previous century, as well as the contemporary standards of the environment and equipment,” the company said.

This is not the first time when Moroccan newspapers reported that the King has expressed anger over delays in the completion of projects in the city of Casablanca.

In January, Moroccan newspaper Assabah said that the monarch spent no more than 24 hours in Casablanca after he opened the extension of the Casablanca Tramway Line 2 on January 23, because he was angry with the city’s officials and especially the local government.

Elected officials in the region had not followed up with some development projects which were making sufficient progress according to planning.