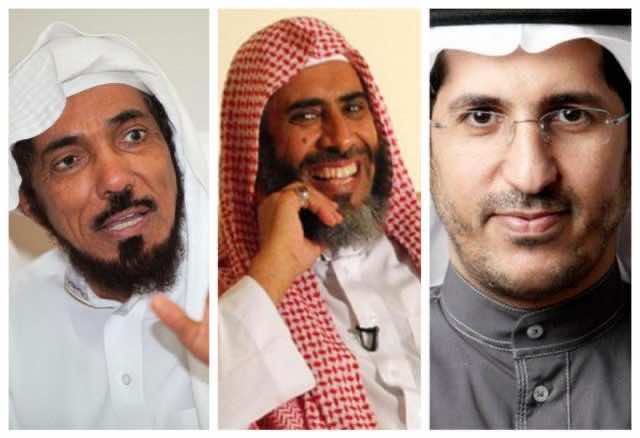 Rabat – Three Saudi Arabian scholars are being held in Riyadh on various charges of “terrorism” will be condemned to death, as indicated by a report.

Referring to two government sources and one of the men’s relatives, Middle East Eye announced on Tuesday, that the three people in question – Sheik Salman al-Awdah, Awad al-Qarni, and Ali al-Omari – will be convicted and executed after the sacred month of Ramadan ends.

There was no remark from Saudi authorities on the report.

Al-Awdah is a internationally famous and dynamic Islamic scholar describedby UN specialists as a “reformist”, al-Qarni is a preacher, scholar and author, while al-Omari is a well known broadcaster.

“They will not wait to execute these men once the death sentence has been passed,” one anonymous source revealed to Middle East Eye.

Another Saudi government source said the execution last month of 37 of the nation’s nationals was utilized as an “trial balloon” to assess the level of international outcry, the outlet revealed.

Ali al-Ahmad, a long-term Saudi resistance figure and leader of the US-based Institute for Gulf Affairs, considered the reported move to execute the three men a “crime to terrorize the Saudi citizens into submission”.

However, Yahya Assiri, creator of ALQST, a Saudi human rights association situated in London, called the news report false in a tweet in Arabic.

However, he did write, “Nothing is beyond the authorities who are oppressive, brutal and ignorant, but also no one has been convicted or executed … This news is harmful to the victim and the human rights situation and our work.”

The trio are anticipating trial at the Criminal Special Court in the capital, Riyadh, say Middle East Eye following their arrest in September 2017. Experts speculate that the arrest was part of a crackdown on alleged enemies of the state, headed by Crown Prince Mohammed Salman.

Their arrest provoked the condemnation of the United Nations, as well as human rights groups, including Human Rights Watch and Amnesty International.

Al-Awdah, who has in excess of 13 million followers on Twitter, posted a tweet a matter of seconds before being arrested that contained a clear reference to relations between Saudi Arabia and its Gulf neighbor, Qatar.

Riyadh initiated an air, ocean and land blockade on Qatar in June 2017. The move was supported by three other Arab nations: the United Arab Emirates, Bahrain, and Egypt.

“May God harmonise between their hearts for the good of their people,” Al-Awdah said in the tweet.

Saudi Arabia has drawn global criticism for supposed human rights infringement, including the repression of citizens.

In a January 2018 report, UN specialists denounced the kingdom’s “continued use of counterterrorism and security-related laws against human rights defenders.”

“Despite being elected as a member of the Human Rights Council at the end of 2016, Saudi Arabia has continued its practice of silencing, arbitrarily arresting, detaining and persecuting human rights defenders and critics” the report exclaimed.