The Finance and Economic Development Committee canceled the amendment of a draft law that would allow Bank Al Maghrib to issue Amazigh banknotes. 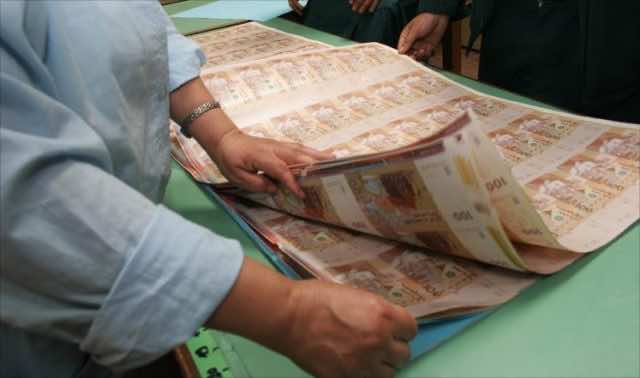 Rabat – The amendment, which was adopted by the House of Councillors last week, was seeking to allow Bank Al Maghrib to issue Amazigh banknotes and coins.

Amazigh activists have reacted strongly to the decision of the Finance and Economic Development Committee at the House of Representatives, canceling an amendment of the draft Law (40.17).

The government majority, as well as the Istiqlal (Independence) Party opposed the provision of the bill.

The amendment of the bill was suggested by the Modernity and Authenticity Party (PAM).

Several renowned Amazigh activists in Morocco condemned the decision of the committee, describing it as a discrimination against Amazigh.

Ahmed Dghrni, one of the leaders of the Amazigh movement, told Morocco World News that the decision is discriminatory against Amazigh and against the constitution, which names Tamazight (berber) as an official language in Morocco.

Dghrni also argues that the government is not considering Amazigh issues as priorities.

The Moroccan Constitution, amended in 2011, describes Tamazight as an official language together with Arabic.

In a statement to Morocco World News, Amazigh activist and member of the House of Councillors  Abdelouahed Darouich condemned the decision, emphasizing that it is a violation of the 2011 constitution and the sovereignty of all people who voted for it.

“People are now asking the MPs they voted for about the promises they gave at the time of the election. They are asking about the statue of the Tamazight (Berber) language,” he said.

He added that some parties do not want Morocco to have a stable balance between its cultures and languages, criticizing those who opposed the draft law, including Al Istiqlal and the government majority.

Another activist, Mounir Keiji also denounced the decision, emphasizing that the government is not putting the Amazigh as one of its priorities. He added that the importance of Amazigh comes up only during elections as a way to win votes..

“The subject and the importance of Amazigh will be emphasized on the 2021 election, so MPs can secure votes,” he said.

Keiji argued that this “decision shows that there is no political desire to ensure justice  for Amazigh, which has been ignored for several years.”

The government said that ”the rejection of the amendment comes as it needs time for the organizational law to activate an official character system for Tamazight,” a justification that the activists describe as “weak.”

However, several scholars and activists have condemned the amendment proposed by PAM to issue banknotes in the Tamazight (Berber) language. One of the scholars is the well-known Muslim preacher Hassan Kettani, who denounced the amendment, which was met with a backlash.

In a Facebook post, the preacher wrote: “ Suddenly, we will find Tifinagh letters printed at our banknotes… further marginalization and restrictions of the language of Islam and Muslims,” referring to the Arabic language.

“One of the benefits that I gained from my latest battles is the return to Islamic language (Arabic) and the impossibility of communicating with the Tifinagh despite the insults I receive,” he said.

Dr. Hamza El Kettani, another scholar also gave his point of view regarding the decision.

El Kattani told Morocco World News that he refuses to consider Tachelhit, an Amazigh dialect spoken in the south west of Morocco, as an official language.

“There are other Amazigh languages in different regions, which are all equal in accordance with the law,” he said.

Without expressing his opinion regarding the amendment of the law, El Kattani acknowledged that the constitution recognizes Tamazight as an official language. Casting doubt on its presence, the scholar asked: “But where is this language?”

In Recent years, Amazigh activists have expressed concerns regarding a lack of justice with regard to their language and culture.

Some Moroccans are still calling for the government to make Yennayer a national and public holiday.

Such calls have increased since Algeria made January 12 a national and public holiday for Yennayer for the first time last year.