Moroccan taxi app Roby is disrupting the ride-sharing industry, competing with Heetch and Careem and giving Moroccans another option to get from point A to point B.

The taxi ordering app Roby Taxi has been operating for three months in Marrakech and, since February, in Casablanca. Disrupting the taxi and ride-sharing industry, it is planning its expansion to the other major cities of Morocco.

Through an app, Roby connects registered taxi drivers with clients needing a taxi ride. It operates similarly to Uber internationally and its Moroccan counterpart Careem, by providing a platform where public transport supply can meet demand.

Unlike these apps though, Roby operates exclusively in the taxi industry. It only employs registered Moroccan taxis, and not private vehicles.

“It is an intuitive application, providing a well thought through service that is offered by valued and experienced professional drivers (of real taxis),” emphasizes Roby.

Additionally, Roby highlights what makes them different is that clients are dealing with professionals.  “Our drivers all have IDs and are approved by the State, holding trustworthy licences.”

Taxi drivers sign up to the platform for a flat fee of MAD 490 ($50.6) per month. They make no other payments to the platform, so they receive the full amount from each ride.

Customers can order a taxi through the app, paying a flat fee of MAD 15 ($1.5). The ride is then charged at the normal taxi rate. Prices don’t change depending on supply and demand, as is the case with Careem and Uber.

“No more price surges in periods of high demand. With Roby Taxi, no more price scaling, but rather a clear pricing grid in accordance with State rates,” Roby says.

Roby plans to expand to Rabat-Sale-Kenitra, Tanger-Tetouan-Al Hoceima, Safi, Essaouira and Agadir by the end of the year.

“Our objective is to work with 150,000 taxi drivers out of the 240,000 taxis drivers in the country in the next five years,” founder Yann Blay told Moroccan official news channel 2M.

Roby competes directly with a similar taxi ordering app “Heetch,” which was launched in Casablanca in 2018 and operates in Rabat and Marrakech. Unlike Roby, Heetch charges taxi drivers of commission of MAD 5 per ride.

Global ride-sharing giant Uber tried its luck in Morocco. It launched in 2015 and operated for three years before withdrawing from the country because of regulatory issues. Dubai-based competitor Careem, however, found an operating niche and took over the private ride sharing market.

Uber announced in March that it will buying Careem for MAD 33.6 billion ($3.1 billion). Careem will however continue to operate under its own brand, in Morocco and internationally. 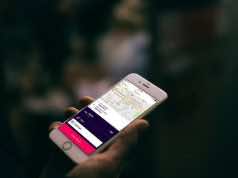 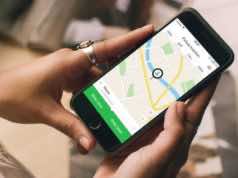 Careem Agrees to Work with 2 Taxi Unions in Morocco 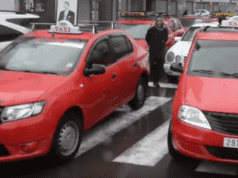