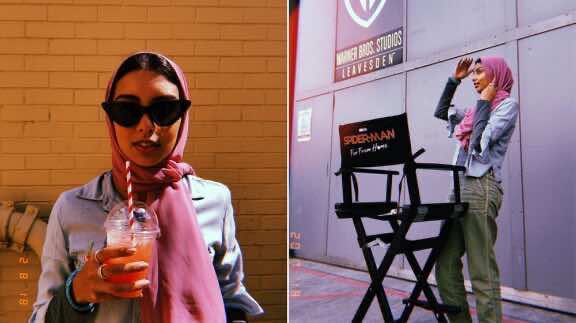 Rabat – Marvel’s “Spider-Man: Far from Home” will feature a Mulism in hijab as Peter Parker’s friend. The British model Zoha Rahman, now among one of the first Mulisms in Marvel, will take this new role this summer. The actress shared the story behind her landing the role and what it means for the underrepresented Mulsim community.

Rahman was working as a model when her agency sent her casting for the role. She had no idea what it was for. “Marvel and Sony take their confidentiality very seriously, so I only found out five minutes before what the part was for and I didn’t have time to fully process it,” she explains.

So in January, when the trailer for the latest Spider-Man film was released, viewers created a buzz on social media about the new hijabi character. Even now, however, details about the character remain unknown to the public. Rahman suggested the cast wants the character to be a surprise: “I’m not allowed to elaborate much on my role – all I can say is that I’m Peter Parker’s friend and we are all on this amazing European trip. You’ll have to catch us in the cinemas to find out more!”

Rahman was immediately hired. “I was at a train station when I got the call from production telling me I got the part,” she explains. “I felt so many emotions at once – shock, happiness, nervousness, gratefulness.”

Read Also: Nike Pro Hijab: One of the World’s Most Popular Clothing Item

The British model studied law and then pursued her passion for modeling, which made her conservative Pakistani immigrant parents uneasy. “I grew up in Pakistan and immigrated to the UK with my family, where I studied towards becoming a barrister. But halfway through my Masters, I decided to take this huge leap of faith and change my career path.”

Rahman said, “The first few times I was scouted, my father said I should focus on my studies and not get involved,” she says. “And when I got offered my first movie role, my mother was completely against it, so I used to hide my projects.” She then began working with companies like Qatar Airways, Acuvue, and Wagamama.

“Because I worked so hard and persevered, [my family] began to realize that this wasn’t a distraction, it really was a career I wanted to pursue,” Rahman said. “We are a people who have known centuries of strife, constant readjustment, and continuous scrutiny, so it’s no surprise that the community wants stability and prosperity for their children and will always encourage a more secure career path. A safer option.”

Rahman’s family is now more than onboard with her career — they now are her first fans. She said, “Now they have magazines that I’m featured in on their coffee table and they proudly show them to their friends! It was a journey of growth and understanding for us all.”

Rahman says, as this is her first major role in film, that she’s benefitting from this exciting and intense work experience. “The set embodied everything I love about working as an actor and because of how fast paced it was, I got a wealth of experience in just a few months. It was a lot of hard work, very long days and nights, but it was so worth it.”

“In all my years of dreaming about working on a Hollywood set, I never thought it would become a reality,” she says. She is now acting alongside Zendaya, Samuel L Jackson, and Jake Gyllenhaal. “We’d be in hair and wardrobe, joke about, have lunch and get the scenes done. It was only when I got home that I’d think to myself: ‘Did I really just do that? Did I really hang out with so-and-so today like it was nothing!?’” Rahman exclaimed.

However, Rahman is well-aware of the lack of diversity in Hollywood. Studies have proven the entertainment industry fails to reflect diversity as it is in reality, and this inconsistency makes the opportunity even more special for her. “It’s a sad by-product of the lack of representation on screen that actors like myself never truly believe in themselves,” she said.

“I feel like the Muslim identity is used as an agenda in the media, we rarely see someone who is going about their life and just happens to be a Muslim. I do see a change, but it needs to get better on a much larger scale,” Rahman said.

“The roles that are on offer for actors of color, like me, are limited,” she said. “It’s always a sidekick, or a best friend or a shopkeeper. I want to work towards getting into audition rooms where I am seen as an actor who can play any role, not just the ‘South Asian woman’ or the ‘Muslim woman’.”

However, Rahman remains optimistic about the future of her career and the trailblazing that inevitably comes with it: “I will continue to grasp every opportunity that comes my way,” she said. “I want to create more space for underrepresented actors because this isn’t just about me. I want to color in every screen I can – literally!”

Spider-Man: Far from Home will be out in cinemas this July and tickets are now available for pre-sale.