Resident in Hay El Farah, a neighborhood in Casablanca found the body of the woman on September 2.

Rabat – Police in Casablanca arrested on September 14 a 47-year old man for alleged involvement in an intentional homicide of a woman.

The victim, a woman, was found dead in Casablanca’s Hay El Farah neighborhood.

The police arrested the suspect 14 days after the murder.

The incident dates back to September 2, when residents in Hay El Farahdiscovered the body of a woman. The body had been burned.

The suspect has a criminal record for theft and violence, a statement from the General Directorate of National Security (DGSN) said on September 14.

Preliminary investigations allowed the Casablanca police to identify the suspect, who is since being held in police custody.

Investigations are also ongoing to shed light on the circmustances that led to the murder and determine the victim’s identity. The finding of the victim’s body made headlines in local media as a photo, graphic in content, shows the victim’s body burnt and wrapped in a plastic bag.

Some witnesses also reported seeing the dead woman’s limbs bonded together with ropes.

Residents alerted the police who reported to the scene immediately. The body was then transferred to the morgue. Police Arrest 3 Suspects for Possession of Drug, Firearm in Casablanca 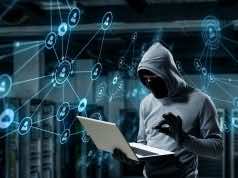