The video is one of many documenting the risk some youths take to reach Europe. 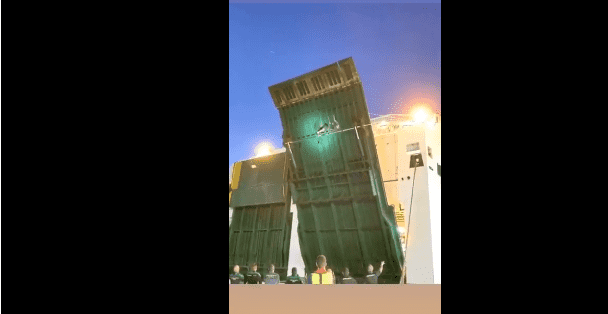 Rabat – A new video has emerged on social media showing three Moroccans hiding in the gangway of a ferry connecting the Spanish enclave of Melilla and Malaga.

Spanish news outlet Malaga Hoy reported that an employee at the ferry noticed the three Moroccan individuals hiding on the ship’s gangway.

The three Moroccans attempted to jump to the  ground after the ship docked at the port of Malaga.

The Spanish news outlet said that the three Moroccans were aged between 16 and 18.

Malaga Hoy added that they were held abroad the ferry until members of the national police joined the ferry to take them to the police station  for investigation.

The video is one of many others documenting the risky journey some irregular migrants take in attempt to reach Europe.

Earlier this week, El Faro de Ceuta posted the video of the youth taking a risk to reach Europe, in search of better opportunities. In the video, one of the young men said, “we are leaving for Spain. Everyone wants to go to Spain.”

Malaga Hoy reported in August that 13, 326  irregular migrants have arrived in Spain this year, “almost 9,000 fewer than in the previous period.”

Frontex said that the Eastern Mediterranean remains the “busiest” route in Europe with nearly 5,800 irregular migration attempts detected in July.