Despite its highly publicized outreach campaigns to win over the hearts and minds of the millions of its citizens scattered around the world, The Moroccan government has failed to mobilize the Moroccans Living Abroad (Also known as MRE or Marocains résidant à l'étranger). 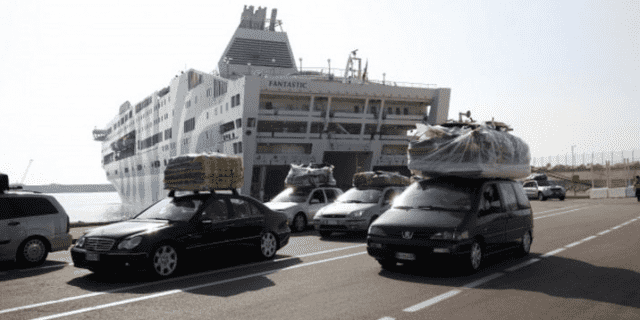 By
Hassan Masiky
-
Hassan Masiky was born in Kenitra, Morocco, and is based in Washington as a blogger and freelance writer.
Oct 24, 2019
Spread the love

Mindful of the weight of the diaspora’s hard currency remittances  on the national economy, the Moroccan government undertook major public campaigns and created several governmental and semi-governmental organizations to engage the MREs.

However, these mobilization strategies never addressed the real needs and immediate demands of the more than 5 million Moroccans living abroad.

Last summer during the peak of Moroccan immigrants’  seasonal visits to the old country, national media outlets were awash with horror stories of MRE’s losing properties to scammer and tales of investors squandering their life savings in bogus business deals.

These accounts of mistreatments and exploitations continue to have major negative impacts on the diaspora’s decisions to invest, buy property and stay involved in the national dialogue in Morocco.

In fact, the gulf between the diaspora and the Moroccan government is widening.  While the number of MREs’ complaints about fraud, embezzlements, scams and  property misappropriations have increased, the official responses have remained meek and apathetic.

Many MREs feel that their compatriots view them as cash dispensing machines who should send money without having a voice about how these billions of dollars should be spent. Furthermore, some Moroccan immigrants feel like moving targets for local scammers and swindlers who view MREs as naïve, gullible and “rich” enough to afford losing money.

This distorted view of MREs force would be investors to contribute to the development of the overall national economy, especially toward local capital and production in the small villages and poor regions that the government have long ignored, and ultimately help in boosting job creations and living standards.

The lack of political transparency, judicial independence and policy enforcement is pushing more and more Moroccans living abroad to forgo on investing in the home country’s real estate and business opportunities.

It is safe to say that the mistrust between MREs and government officials is real and broadening.

The diaspora’s displeasure and irritation with local businesses’ greed and officials’ indifference have reached the Moroccan tourism industry also.

The lack of price control and the decline in quality of tourist establishments during the summer season drove more MREs this year to shun Morocco for other vacation distinctions costing the local economy millions of dollars and euros in lost revenue.

On the political front, efforts to mobilize the Moroccan diaspora have been a tricky endeavor for Rabat.

There is that need to utilize this large block of voters in countries like France, Spain, Italy and the Netherlands to lobby on the one hand and there is the fear of uniting a diverse group of citizens who may call for dramatic democratic reforms in the Kingdom and turn to a strong opposition front on the other.

This dilemma coupled with a lack of transparency and mistrust in official organizations and bureaucrats in charge of MRE, including diplomats in some embassies and consulates, impede the national strategy to enhance the involvement of the Moroccans living abroad.

Recent mobilization strategies flopped to gather momentum as Rabat keeps cherry picking its own representatives among the community abroad.

In fact, skilled Moroccans who could lobby their host countries and advance Moroccan political and economic positions around influence world capitals tend to stay away from politics because of the amateurism and indifference of officials put in charge of MRE affairs.

While the remittances will continue pouring into the country and supporting goods and services, their impact on the overall economic activities will remain limited. Indeed, attracting major direct investments and highly educated professionals back to the old country for long-term work and investment will remain elusive until the Moroccan government makes real and genuine adjustments to its actors and approaches.

Rabat major efforts to entice its diaspora to contribute to the development of Morocco will not succeed without the involvement of duly chosen MRES and the true engagement of the political and administrative players toward creating a fair, open and transparent system that would benefit the Kingdom as well as its citizens around the globe.