The Ministry of Moroccans Living Abroad and Migration Affairs is increasing its efforts to develop and preserve the national identity, human ties of Moroccans overseas with their homeland.

Rabat –  Can arts preserve national identity and heritage? For Minister delegate in Charge of Moroccans Living Abroad (MRE) and Migration Affairs Abdelkrim Benatiq art is not only entertainment, but also a means to preserve and promote national identity.

At a press conference held in Skhirat, in  the outskirts of Rabat on July 25, Benatiq’s ministry convened senior officials, cinema experts, and theater staff to celebrate the launch of a  300 performance theater tour designed for Moroccan diaspora.

In a statement to the attendees, Benatiq said that the ultimate goal of the initiative is to “preserve the identity of Moroccans of the world.”

“I am happy to  contribute, along with the Head of Government [Saad Eddine El Othmani] and the Minister of Culture [Mohamed Laaraj] (…) to the launch of the theater tour for the benefit of Moroccans oversees,” Benatiq said in his statement.

Benatiq explained that the government deals with the issues of Moroccan diaspora in accordance with three key aspects. The first key element, is a special royal attention to MREs. He added that Morocco’s 2011 Constitution also emphasizes the importance of preserving the rights of MREs.

Article 16 of the constitution stipulates that Morocco works for the “protection of the rights and legitimate interests of the  Moroccan citizens [feminine] and citizens [masculine] resident abroad, within respect for international law and for the laws in force in the host countries.” 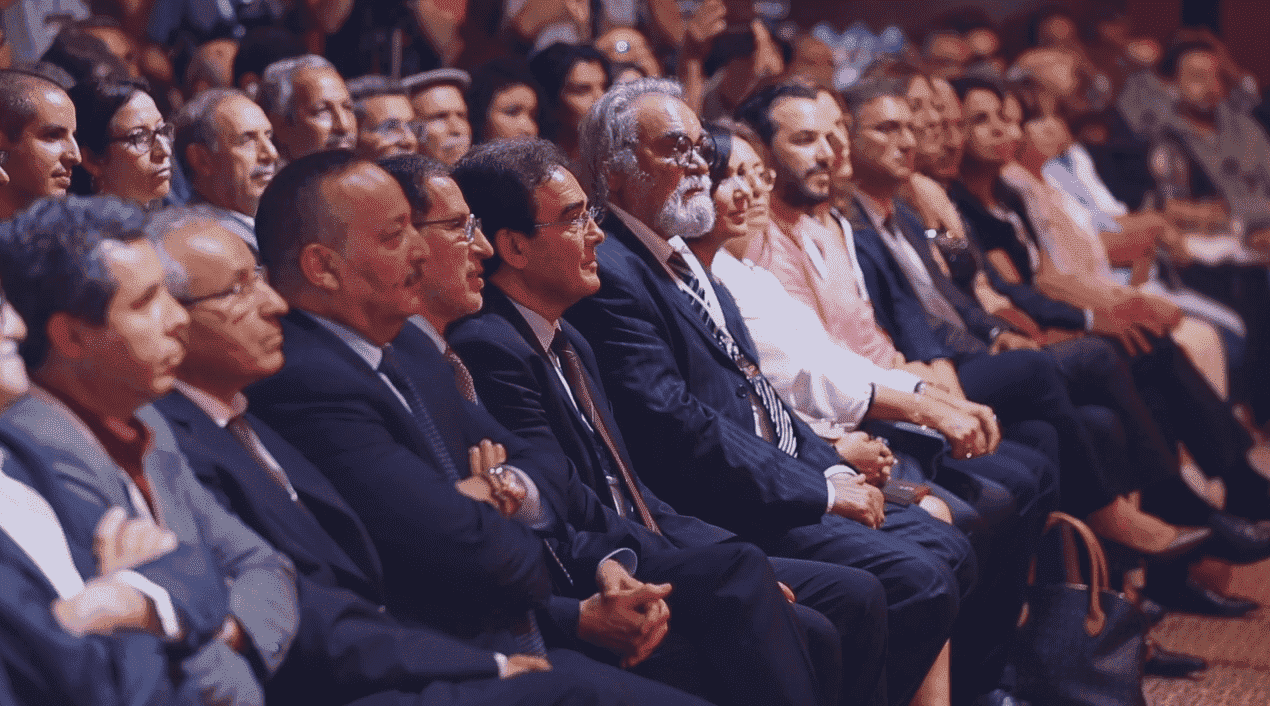 The same article indicates that the country is committed to the “maintenance and to the development of their human ties, notably, cultural, with the kingdom, and the preservation of their national identity.”

The official said that the third and last of the three aspects adopted to preserve the rights of MREs is the government program. The  minister said that his department, along with other government institutions, seeks to implement the program based on initiatives and projects for the benefit of the diaspora.

“These three constants are translated into goals. The first goal is to fortify the identity of Moroccans oversees.”

The minister estimated the number of the Moroccan diaspora at over five million. He said that the  Moroccan presence in Europe is stronger than on other continents.

Benatiq also commended the contribution of MREs to the economic development of Morocco.

Moroccan diaspora. The diaspora  remittances hit $7.4 Billion in Morocco in 2018.

Every year, Morocco receives thousands of MREs, who come annually to visit their relatives.

A significant proportion of Moroccans oversees choose the sea route as a way to cross Europe to Morocco annually.

In 2018, a total of 842,698 passengers entered Morocco through Tangier Med from June to August, according to Tangier Med Port Authority. The port is expecting a transit of more than 5,000 vehicles and 18,000 passengers from July 27 and August 8.

The minister delegate of MREs and migration affairs also spoke about the goals of the launch of  the theater tour. The 300 performances will be in Arabic and Tamazight (berber).

The tour, according to Benatiq, is part of a  national strategy to tackle all issues related to the diaspora.

“Through these theater performances, we aim to protect the identity of Moroccans abroad. Moroccans are always connected to their roots,” he said.

The official also emphasized the importance of art, especially theater, and its role to “fortify the identity of the Moroccans of the world.”

He said that the upcoming theater performances received positive reactions from thousands of Moroccans oversees.

The minister added that the attention and the turnout of Moroccan diaspora for the theater performances will strengthen the artistic and cultural works.

The initiative is organized in  collaboration with the Ministry of Culture in partnership with the Royal Institute of Amazigh Culture, and ministry of MREs.

In addition to Benatiq, Head of Government Saad Eddine El Othmani also emphasized the importance that the cabinet gives to MREs affairs.

In his opening statement, El Othmani said that “Morocco’s relationship with MREs is of great importance to the country and to the ministry. The theater tour represents the government’s determination to preserve and strengthen MREs relationship with Moroccan culture.”