Inwi is a main actor in the Moroccan gaming industry.

“This recognition proves Inwi’s commitment and performance in the development of gaming, both in Morocco and in Africa as a whole,” commented Inwi’s CEO, Nadia Fassi-Fehri.

Ivan Nayfeld, co-founder and general director at Webedia Africa, one of the co-organizers of the Paris Games Week, said that “Morocco and the African continent have a lot of potential in the gaming sector.”

“Inwi’s commitment to Moroccan and African gamers and developers is in line with our vision to catalyze this new global industry,” added Nayfeld.

The Paris Games Week runs from October 30 until November 3. It is one of the most visited gaming events in the world. In 2018, more than 315,000 visitors attended the event. The award will give Inwi an international recognition in this fast-growing industry.

Inwi started sponsoring and organizing gaming events and competitions in 2011. Their biggest event to this date was the Africa Gaming Fest. The event took place on December 16, 2018 in Casablanca and welcomed more than 9,000 visitors from across North Africa. 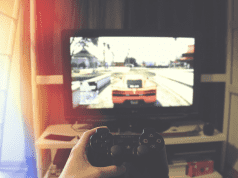