Several news reports claimed that the UAE sent back some police officers to Morocco amid an alleged rift between Abu Dhabi and Rabat.

Rabat – The UAE has not reduced the number of Moroccan police officers deployed in the Gulf country.

Last week, several news outlets reported that the UAE had decided to cut the number of Moroccan police officers deployed in the Gulf country from 916 to 600.

The Middle East Monitor claimed that the UAE aimed to replace Moroccan police officers with a unit from the Bangladesh.

The decision, according to the news outlet, came amid “frozen diplomatic relations” due to a difference of opinion on several regional issues including the Libya crisis.

Sources close to the dossier refuted the news, emphasizing that Morocco would have been notified of the decision in advance, according to Maghreb Intelligence.

“These decisions are not taken lightly and we are not aware of any such actions,” the source said.

Such rumors are similar to claims printed in international media last year. Several news outlets, including the AP reported that Morocco had summoned its ambassadors from UAE and Saudi Arabia due to rift between the countries.

Morocco, however,  denied the rumors, stating that the country has its own diplomatic channels to announce such news.

The Moroccan Minister of Foreign Affairs Nasser Bourita said that from the Moroccan perspective, ties with Saudi Arabia and the UAE “have always been deep historical relations.”

“It may happen that we do not agree on certain issues. Foreign policy is a matter of sovereignty, and in Morocco, it is also based on principles and constants,” said Bourita.

Morocco is among countries that support the non-intervention in the domestic affairs of other states.

“Foreign interventions have only complicated the situation in Libya, removed the potential for a political solution in the country, create internal differences and threatened peace and security in the entire Maghreb,” Morocco’s FM Nasser Bourita argued. 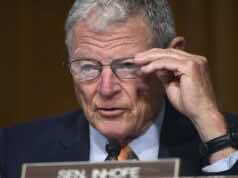