This is not the first time that the ambassador complained about Royal Air Maroc services.

The diplomat posted an angry tweet after a RAM flight to the UK experienced a delay today.

“At Casablanca waiting for my Royal Air Maroc flight to the UK. It is delayed by two hours: no explanation for the delay was given” the ambassador tweeted.

That is fine. I honestly do not mind delays. I really don’t. It is the absence of explanation or apology that upsets me

The ambassador added that he had to “insist on an explanation.” He said that RAM personnel said that the delay was  due to the weather in London.

“The weather in London is 9 degrees & clear,” said the ambassador.

While it appears that the ambassador deleted the first posts, some replies to comments suggest that he posted frustration regarding the delays.

“Like others air company in Europe also a lot of delayed response and flights .  So what’s the new. ? Because it’s moroccan company,” a Twitter user told the ambassador.

The British envoy replied, saying: “That is fine. I honestly do not mind delays. I really don’t. It is the absence of explanation or apology that upsets me.

The ambassador said that his problem was due to lack of communication.

I have experienced delays with Air France several times and other companies (the worst is 12 hours with Cathay) without explanations. Not acceptable but not specific to RAM unfortunately.

“My objection is to the lack of communication – no explanation for the delay. And no apology for the inconvenience: it’s not much to ask,” he said.

Reilly took to Twitter on June 26, 2019  to voice his frustrations with RAM after he lost his luggage and delay of his flight.

“It is not surprising if people are irritated,” Reilly said. 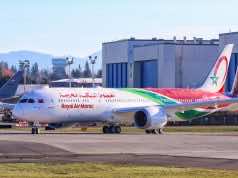 Royal Air Maroc to Layoff 30% of its Personnel, Liquidate 20 Planes