Member of the Moroccan Association for Human Rights (AMDH), Omar Arbib confirmed the reports to Morocco World News today. He condemned the suspect’s provisional release on bail and the decision not to confiscate his passport.

“President of the court of appeal in Marrakech confirmed the news to us, saying the suspect left the territory after he received a provisional release from the court,” the activist told MWN.

When asked about what the court decided after the public prosecutor appealed the decision to approve the suspect’s provisional release, the activist said the authorities made the decision too late.

He said the president of the court also regretted the decision to release the suspect and to allow him to retain his passport.

“The Kuwaiti embassy helped him to leave the country,” Arbib said.

“The Kuwaiti embassy in Morocco told us that the [victim’s] parents forgave the man in exchange for money,” Arbib told MWN.

He said that the case moved from being a rape dossier to a case of human trafficking.

“The Kuwaiti ambassador told me that the Kuwaiti national was subject to blackmail within a period of five months from the girl’s family.”

The activist promised that AMDH will not let the case go and will seek help from all relevant institutions to make sure the Kuwaiti man is arrested and sentenced.

“We don’t want him to be sentenced in Kuwait. We want the authorities to expel him because he should be sentenced in Morocco, where he committed the crime,” the activist said.

The association has been campaigning against the release of the Kuwaiti man since last month, asking the Moroccan authorities to take action against his release.

The man reportedly raped the 14-year old girl in July 2019 in a rented apartment in Marrakech.

The girl disappeared for a few days before reappearing after the ordeal. The victim accused the man of violently raping her in return for MAD 3,600.

She said that the suspect hid her in his car’s trunk to get her inside the building and to avoid confrontations with security guards.

Article 486 of the penal code in Morocco stipulates that suspects involved in the rape of minors, people with special needs, or pregnant women should receive a prison sentence ranging between 10 and 20 years.

Moroccan Minister: If Rape Was Committed Release of Kuwaiti Man is Mistake 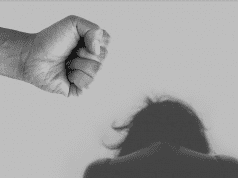