Rabat – A picture showing two people with down syndrome working at a well-known cafe in Casablanca has gone viral on social media.

A Facebook post applauding the Paul Cil café, located in the Hay Essalam district of Casablanca, for welcoming the interns, received positive comments from hundreds of internet users.

One social media user commented: “Bravo for this initiative.… we would like it to become a general rule,” while another added, “this is just magnificent.”

Rim Akrache, who launched the initiative, told Morocco World News that she and a fellow colleague from the Mohammed VI National Center for the Disabled (CNMH) approached the managers of the cafe with an informal request about taking on the interns.

“We explained the aim of the internship to the managers. We had no idea they would be receptive!,” Akrache said.

The interns, a young man and a young woman, passed their interviews and have by now successfully completed one week of work. They are set to intern at the cafe for four more weeks.

“From the first hours, they have been warmly welcomed by the managers and the clients, impressed by their abilities that were wronged by all the judgments that reign over our society,” Akrache said.

The Mohammed VI National Center for the Disabled consists of several regional sections spread out across Morocco. King Mohammed VI inaugurated the most recent section of CNMH in Casablanca on May 23.

CNMH targets a wide range of areas by providing adequate healthcare, vocational training, and education for people with special needs.

“This is a huge step in terms of inclusion of people with social needs in Morocco, generally limited to their handicap and condemned to their invalidity,” Akrache concluded.

The cafe in Casablanca is not the first one in Morocco to welcome interns with special needs.

A restaurant in Rabat run by AMSAT, the Moroccan Association of Support and Assistance for People with Down Syndrome, is staffed entirely by people living with downs syndrome.

The restaurant opened up to the public 5 years ago and now has a total staff of 40 chefs and servers with down syndrome. The staff receives education from specialized instructors teaching them cooking techniques, service, and catering.

The restaurant has been successful and inspired AMSAT to launch more initiatives in other cities.

In Morocco, more than half of the people with special needs are currently unemployed. Efforts and initiatives from CNMH and AMSAT are aimed at lowering that number.

Morocco has shown its commitment to the rights of people with disabilities by becoming one of the first countries to sign and ratify the international UN Convention on the Rights of Persons with Disabilities.

The Moroccan commitment to the rights of citizens with disabilities is also reflected in the Moroccan Constitution of 2011, prohibiting discrimination against people on the grounds of disability. Chapter 34 of the Constitution states that public authorities must develop and implement policies for individuals and groups with special needs. 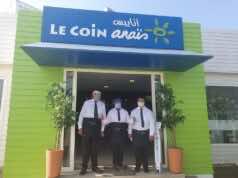 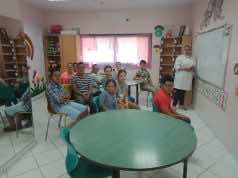 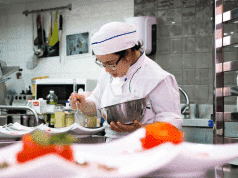 Moroccans with Down Syndrome Cook through Cultural Barriers