As the spread of the novel Coronavirus slowed down in mainland China, other countries outside Asia have been hit by the COVID-19, despite heightened safety measures to contain it.

Rabat – The COVID-19 continues to claim lives and contaminate more people, mainly in Iran where 19 deaths have been reported to date, while cases of infection reached 139.

Italy, the second most severely-hit country outside Asia, reported 12 deaths and infection cases rose to 374, the highest in Europe.

At the European level, Finland, Sweden, Belgium, Switzerland, Croatia, and Greece all recorded one confirmed case, with no deaths reported.

The virus spread widely on the Asian continent, with 78,064 confirmed cases in China and 2,715 deaths. South Korea is the second hardest-hit Asian country with 1,261 cases and 12 deaths.

The luxury ship which had onboard 2,670 passengers and 1,100 crew members has been under quarantine since February 3. Japanese health authorities allowed a number of crew members and passengers to disembark after being tested negative for the COVID-19.

In total, a number of 81,244 confirmed cases are reported worldwide, with 2,772 reported deaths as per Wednesday, February 26.

Data shared by health authorities worldwide shows the majority of people who died from the epidemic were either elderly or had pre-existing medical conditions. 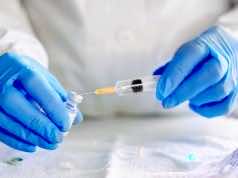