“Two people died in Tetouan due to coronavirus,” claimed the man in a viral video. 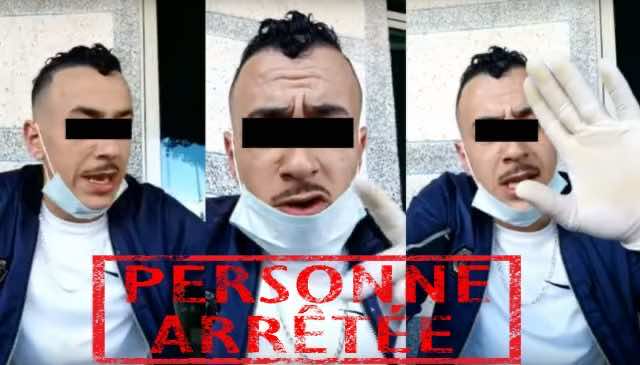 Rabat – Moroccan police announced the arrest of a man in Tetouan, northern Morocco for spreading fake news about the death of two citizens due to coronavirus (COVID-19).

The man shared footage on social media of himself in a cage wearing a medical mask and gloves.

“Be careful people, coronavirus is here. Two people died here due to the virus,” the man claimed in the video.

The arrest of the suspect is part of Morocco’s efforts to clamp down on the spreading of false information designed to cause fear among citizens.

Head of Government Saad Eddine El Othmani spoke about the consequences of spreading dangerous rumors during the weekly Government Council on Thursday.

“It is necessary to verify the information by asking competent authorities. We have a national system for monitoring and control,” said the PM.

El Othmani emphasized that Morocco has not recorded any cases of coronavirus. All 19 of the suspected cases tested negative.

The head of government urged citizens to act in a positive way “because the relevant authorities with suspected cases quickly and urgently and do what is necessary to isolate them.”

Globally, more than 2,700 people have died due to the virus. The vast majority of fatalities were recorded in China.