The statement from the head of the Libyan Supreme Council comes amid international interference and mounting concerns from officials from Libya.

Rabat – The chairman of the High Council of State (HCS) in Libya, Khalid Al-Mishri, stressed on Friday in Rabat that international initiatives will not be able to find a better solution to Libya’s internal conflict than the 2015 Skhirat Agreement.

Al Mishri made the remarks about international political interference in a press briefing after talks with Morocco’s Minister of Foreign Affairs Nasser Bourita.

He emphasized that the ongoing situation in Libya does not require political initiatives.

Libya, according to the official, has a “clear road map aimed at respecting the political agreement for Skhirat, organizing a referendum on the constitution, and then going to presidential and parliamentary elections as soon as possible.”

The agreement, he said, “which is the political reference for all institutions in Libya, was achieved under the auspices and embrace of Morocco” and under the guidance of King Mohammed VI. For Al-Mshiri, his country is determined that the agreement will provide all means for Libyans to reach a “Libyan-Libyan solution.”

The Moroccan FM, Bourita, said during the same joint press conference that too many initiatives will not help in finding a solution to the Libyan crisis but rather will contribute to the dispersal of efforts.

“Morocco considers that external interventions are unable to contribute to solving this problem, highlighting that the kingdom believes in the ability of Libyans to find a solution to this crisis,” he said.

The statement comes amid mounting concerns from Libyan officials as several countries are interfering in the conflict, including Turkey.

In January, Turkey started to deploy military troops in the country, a decision that Morocco publicly condemned.

In a statement issued in January, the Ministry of Foreign Affairs said that military interference can only make situations worse.

In addition to Turkey’s interference, Algeria also pledged to help find a political solution in Libya, seeking to recover its diplomatic role in the region amid continuous protests in Algiers.

Libyan officials, however, are determined that the Skhirat agreement should serve as the only basis to end the crisis.

On March 6, an envoy of the President of Libyan Parliament Abdelhadi Lahouji said that his country is convinced that Morocco is “capable of playing a leading role” in finding a consensual solution to the crisis in Libya.

Morocco has “no other interest than the security and stability of Libya,” Lahouji added. 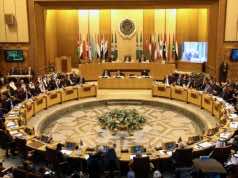 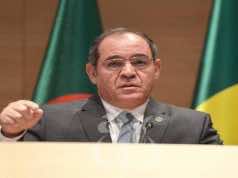 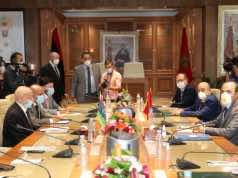