Morocco was once again commended for its policies to mitigate climate change.

Danas published a report from the Klima101 climate project, which named Morocco a “champion in the fight against climate change.”

The report acknowledged that globally, Morocco and Gambia are the only signatories to the 2015 Paris Agreement that have made sufficient moves to meet the 1.5℃ increase limit.

“These African countries are certainly not among the world’s largest greenhouse gas emitters, but they are persistent in their fight against climate change, investing often beyond their means and natural and financial resources,” noted the report.

Morocco is an African leader in the fight against climate change. The kingdom has introduced several strategies that reflect its commitment to a sustainable future.

As part of its national energy strategy, the Moroccan government pledged to generate 42% of its electricity from renewable energies by the end of 2020 and to increase this figure to 52% by 2030.

“Current data show that the country is well on the way to meeting these goals,” said the report.

The report also noted Morocco’s success in other fields such as agriculture.

“With its Green Plan, the country managed to increase agricultural production by 60 percent from 2008 to 2018,” the report stated.

Morocco launched its Green Plan in 2008, aiming to position agriculture as the Moroccan economy’s main growth driver over the next ten to fifteen years.

Morocco is renowned for its commitment to sustainable development and the report acknowledged the kingdom’s effort.

“With its willingness to cope with climate change and the difficulties of food production, Morocco could serve as a good example to the entire African continent as well as to countries outside it,” the report acknowledged.

The Klimat101 report is not the first time that Morocco has been praised for its ambitious climate policies and its follow-through.

The CCPI commended Morocco for its ambitious 2030 targets and called the North African country a “frontrunner in this regard.”

Morocco won the 2020 Best Performance Award in Climate Change at the 2020 AU Summit.

The North African country also won Best Performance of the Year for implementing the 2014 Malabo Declaration on Accelerated Agricultural Growth and Transformation.

During the summit, the AU hailed Morocco’s Green Plan as a “model from which many African countries could draw inspiration in order to meet the people’s expectations.”

January 2020 Was the Hottest January in History 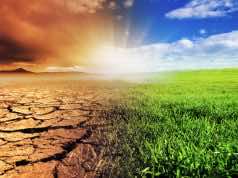 Climate Apartheid Is Upon Us 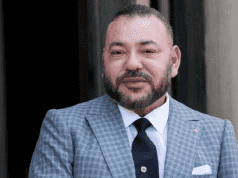