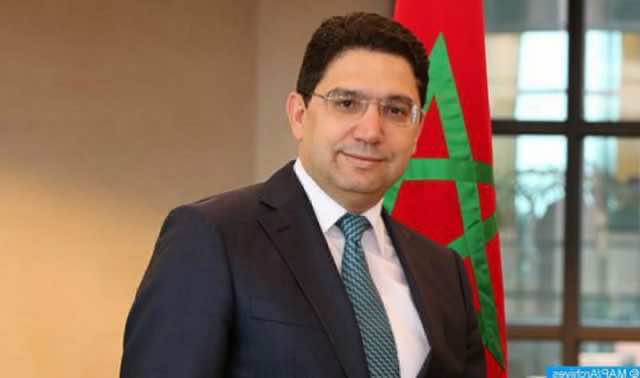 Rabat – Minister of Foreign Affairs and International Cooperation Nasser Bourita addressed the press following talks with Khaled Mishri, Libya’s Chairman of the High Council of State, on March 13 in Rabat.

Bourita emphasized that a lasting solution to the crisis lies with Libyans themselves, not foreign interventions.

Morocco recognizes that Libya must adhere to the 2015 Skhirat agreement in efforts to solve the crisis. The agreement’s framework provides an institutional structure to navigate a political transition. A constitutional referendum, as well as presidential and parliamentary elections, should serve to legitimize Libyan governance, Bourita explained.

Morocco is prepared to support productive efforts undertaken by the Libyan people, in the best interest of the Libyan people, Bourita added. Morocco understands that the Skhirat agreement is key to solving the crisis diplomatically, and does not support the idea of military intervention in the embroiled state.

In the Rabat talks, Morocco underscored its firm position on the crisis in Libya. King Mohammed VI has repeatedly expressed that the Libyan people are shouldering the greatest suffering from this turmoil, stated Bourita.

The talks with Mishri aligned with Morocco’s principled position on the situation in Libya, in the best interest of Libya, Bourita explained.

Bourita emphasized that the top priority regarding the crisis is preserving Libya’s national interest. “The situation has been going on for too long with disastrous repercussions on the Libyan people,” Bourita reiterated.

During the joint press briefing, Mishri agreed with Bourita that working within the Skhirat agreement is the best way forward for Libya and its people.