Seven people died in the traffic accidents, while 919 sustained injuries. Thirty-two people suffered serious injuries, according to a statement from the DGSN. Non-respect of priority, lack of vehicle control, human error, and excessive speeding caused the accidents, the police added.

The news comes as Morocco remains on lockdown amid the global spread of the COVID-19 pandemic. The Moroccan government announced a state of emergency and imposed a country-wide lockdown on March 20, limiting movement.

Prior to officially entering into the state of emergency, the Moroccan government encouraged citizens to limit movement and self-isolate to curb the spread of the pandemic.

Under the government measures to prevent the spread of the novel coronavirus in Morocco, citizens are asked to stay in their homes other than for vital travel, including food shopping and seeking medical care.

Any citizen found breaking the state of emergency curfew without the necessary authorization could face up to three months in prison as well as a hefty fine. The strict measures aim to stop the spread of the pandemic as the number of cases grows daily.

Yesterday, March 24, the total number of novel coronavirus cases in Morocco reached 170, with 27 new patients testing positive. The Ministry of Health also reported the death of a fifth patient.

The latest patient to die in Morocco after contracting COVID-19 was a 67 year old woman who carried the virus from the Netherlands. The patient suffered from a pre-existing health condition.

Traffic accidents are a leading cause of death in Morocco, with the country recording over 3,500 fatalities annually. On average, there are 10 road deaths and 33 serious injuries per day.

The Moroccan government aims to halve the number of deaths from traffic accidents by 2026 and launched a road safety strategy in 2017.

The initiative is designed to reduce the number of fatalities from road accidents to below 1,900 every year through an integrated approach involving awareness campaigns for children and adults.

The DGSN will, as part of the campaign, continue to upgrade their use of technology and employ state-of-the-art equipment to clamp down on speeding and dangerous driving. 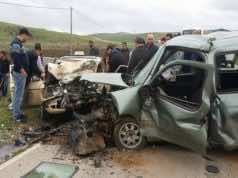 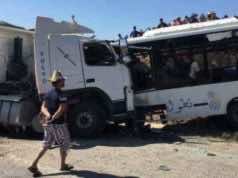