Was the coronavirus pandemic predicted years ago, or is it a biological weapon manufactured by world powers? Exploring conspiracy theories reveals the danger of playing blame games. 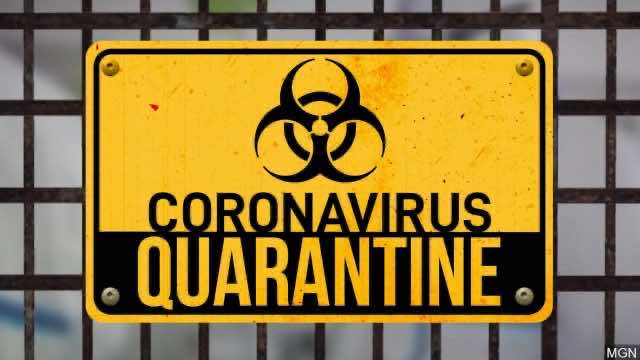 By
Zuza Nazaruk
-
Zuza Nazaruk is a Rotterdam-based journalist who focuses on social inclusion and climate emergency.
Mar 28, 2020
Spread the love

Casablanca – Conspiracy theories on the coronavirus seem to be spreading almost as fast as the infections.

The variety and richness of explanations of the origins of the novel virus may feel overwhelming: Which government is responsible for bioengineering? Is it nature protecting itself against our profound sins? Was COVID-19 already predicted?

The coronavirus appeared in an interconnected world where powers are shifting, the distrust in authorities is deepening, and environmental urgency is omnipresent. Conspiracy theories are not a “hidden truth,” but rather an extrapolation of society’s collective emotional state. Such understanding helps to analyze the state of the global collective psyche through uncovering the ideological origins of the conspiracy theories.

Conspiracy theories may be an effective coping mechanism to help people deal with uncertainty or threats. Believing in some secret order assists in fighting the feeling of powerlessness.

The COVID-19 pandemic has been the biggest disruption the world has seen since the Second World War and to many, it still feels unreal.

We are forced to stay at home. We worry about our relatives. We need to find new, remote ways of work or worry whether our position will survive the crisis. The developments of the past two months have left humanity fragile, as our usual ways of living and working have been disrupted.

When days pass filled with confusion and anxiety, people become more prone to accept that COVID-19 is a biological weapon sent in by the lizard people.

In the pseudo-democratized space of free expression, the internet, a troll’s voice may become as prominent as a scientist’s.

The omnipresence of smartphones amplifies the spreading of the theories; subconsciously, the more exposed to a story we are, the more likely we are to believe in it.

Supporters of conspiracy theories are mostly people who had pre-existing convictions that the theories boost. That is why it is so interesting to dig deep into the geopolitical and cultural developments of the past years to understand what the coronavirus conspiracy theories express.

Read also: How the Father of Handwashing Ended Up in an Asylum

Has it already been predicted?

There is a book from 1913 that predicted a “mutated respiratory disease” in 2020! And Dean Koontz mentions the “Wuhan-400” virus in his 1981 book “The Eyes of Darkness!” Where is Nostradamus when we need him?

Epidemics, and more generally, the apocalypse, have always been a common motif in popular culture. No matter how advanced in technology or medicine humanity becomes, there will always be random natural events happening that humans will not be able to contain.

Viruses and bacteria will mutate; droughts, hurricanes, and earthquakes will appear; and our collective existence will be threatened. The fragility of human existence has been dealt with in popular culture and literature for centuries, if not millenniums.

Especially in the contemporary world, there is great ambivalence regarding the question of death. On the one hand, we keep the existence of diseases, old age, and ultimately death away from our everyday visions. On the other hand, grand catastrophic scenarios emerge on a large scale, and we indulge in reading new sci-fi explorations for the world ending in nuclear disasters or humanity being swept by a newly mutated strain of viruses.

Last year, a group of scientists predicted that a new mutation will come from the coronavirus strain, following the developments of SARS and MERS. Since we are riding on thousands of years of human creations, which ultimately share some underlying assumptions or fears, there is nothing strange in the fact that somebody, somewhere, predicted a “newly mutated virus causing a respiratory disease.”

The vagueness of this statement allows for discrediting the argument that somebody has “predicted” the coronavirus outbreak. How about Dean Koonz and his far more specific and proven-to-be-relevant Wuhan-400 virus?

The author of “The Eyes of Darkness” probably fed his imagination off the fact that there is a level-four biosafety laboratory in Wuhan—one that studies the deadliest viruses. The existence of a level-four lab in Wuhan fed not only Dean Koonz, but also American officials’ imagination, and was used as a political weapon to blame China for deploying a biological weapon on its citizens.

Read also: COVID-19: How Precious are the Lives of Morocco’s Call Center Employees?

A US Senator appeared on Fox News and claimed the virus originated from the Wuhan lab. The Chinese embassy in France suggested that Coronavirus was developed in the United States. The Americans talk about the “Chinese virus,” the Chinese about the “American virus,” and Russia, as a geopolitical Joker, spreads disinformation over the origins, the development, and the response to the virus.

People who believe in any particular government being implicated in bioengineering that brought the coronavirus to existence are more inclined to defy official orders, such as the one to minimize going outside. As a result, coronavirus conspiracy theories contribute to prolonging the pandemic by making citizens obstruct official efforts to contain the virus.

For some, it may be easy to believe that China would take any measures to secure its superpower position, even if it means sacrificing its own citizens, quarantining its cities for two and more months, and prompting extensive economic losses—all for some blurry business or political gains.

This scenario does not quite add up, although a certain extent of distrust over Chinese reporting on handling the virus is sensible. The story of Li Wenliang is a reliable basis for skepticism, which should by no means be equated with conspiracy-mongering.

The Chinese whistleblower doctor warned his fellow medics on December 30, 2019, to wear protective clothing after he treated seven patients whose symptoms bore resemblance to the SARS virus that spread around the globe in 2003.

The Public Security Bureau forced him to sign a letter in which he admitted to “spreading false rumors” and “obstructing public order.” Dr. Li Wenliang died of COVID-19 on February 7, infecting numerous members of medical staff and patients before being diagnosed.

Since January, China has taken firm steps to contain the virus, halting the infections domestically and providing support in forms of equipment and knowledge internationally.

The story of Li Wenliang is factual and it proves more the inefficiencies of the Chinese government stemming from its need to maintain the status quo rather than a malicious plot to destabilize the world order.

Real-life conspiracies exist, and we learn about them through journalistic or governmental investigations or whistleblowers.

Conspiracy theories persist even or especially when there is no evidence found to support them, thriving on logical biases and human reasoning being undermined by stress. They prove dangerous for public safety because of their unknown sources; it may be an average Joe hidden in his basement who felt particularly anarchist that day, but it may well be a rival government trying to disseminate fake news to destabilize the national order.

The Russians proved especially efficient in the latter.

Channel One, a prominent Russian TV network, has featured coronavirus conspiracy theories on its main political talk show. According to “experts,” pharmaceutical companies and the US and its agencies are involved in creating, spreading, and panicking about the virus.

These views are then exported internationally through a sophisticated troll network, a node of which was recently debunked in Ghana and Nigeria. It is not hard to find supporters for this theory, both in Russia and abroad. Who in the world has not heard theories about pharmaceutical companies deliberately making us sick to make money on curing symptoms?

The believers of the US government’s responsibility for the COVID-19 outbreak will happily cite the peculiar geographic spread of the coronavirus. It originates in China, a country stuck in a trade war with the US, and then spreads to Iran’s national government, Iran being another country hit by US economic sanctions. Does it not add up too nicely together?

No, it does not, once it is made clear that COVID-19 had reached Iran on February 19, and had earlier taken a deadly toll in Italy and South Korea—two countries that are “innocent,” from the US perspective. A horrible miscalculation or just another conspiracy theory?

Or consider the theory of “market regulation,” that maybe the US needs to “cause a crisis” to conceal its plummeting economy. The two trade wars, with China and Iran, would come to light again, this time as catalysts for the inevitable economic recession.

This conspiracy theory seems like trauma from the 2008 financial crisis carried by “the 99%,” convinced that the US would go to such great lengths as to spread a deadly virus and endanger the whole planet’s existential and financial survival not to be forced to bail out banks again. How cruel do we believe “the establishment” to be?

To be continued. Part two explores conspiracy theories about the evil plans of “the establishment” and provides a critique of the environmentalist interpretations of COVID-19.