The announcement marks an increase of one new case during the past 10 hours, as well as one new fatality 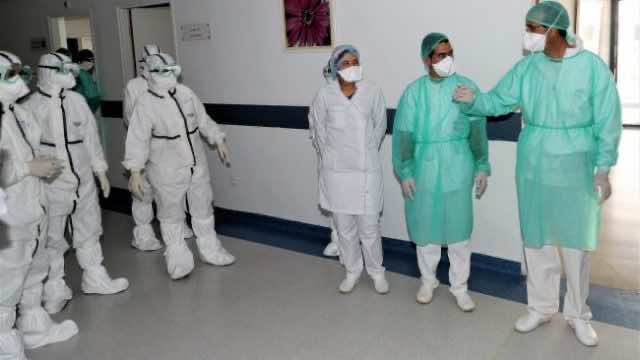 Earlier Saturday, the Moroccan Ministry of Health confirmed 13 novel coronavirus in Morocco, which brought the total as of 8 a.m Moroccan time to 358.

The region of Casablanca-Settat leads the rankings in terms of confirmed coronavirus cases by region, with 107 cases, followed by Rabat-Sale-Kenitra (64), Fez-Meknes (63) and Marrakech-Safi (62).

The Draa-Tafilalet region is one of the least severely affected in the country, with only five cases, followed by Guelmim-Oued Noun with only one case.

The southern regions of Laayoune-Sakia El Hamra and Dakhla-Oued Ed Dahab appear to remain safe from the virus with no confirmed cases.

Friday, March 27 saw the highest increase of novel coronavirus cases in Morocco, with a rise from 285 to 345. Friday also saw the highest number of reported COVID-19-related deaths.

Morocco’s Head of the Government Saad Eddine El Othmani declared yesterday, March 27 during the government council that the next 10 days are critical and decisive in the development of the COVID-19 pandemic.

El Othmani called for citizens’ cooperation, solidarity, collective awareness of, and adherence to the rules of the state of health emergency.

“It is everyone’s responsibility to strictly adhere to the requirements of this situation because no authority can completely force quarantine if citizens do not cooperate with each other,” El Othmani stressed.

The state of emergency entered into force on Friday, March 20 at 6 p.m. Over the course of nine days, confirmed cases rose from 79 to 359 and fatalities spiked from three to 24.

Morocco’s state of emergency is scheduled to continue until April 20.