The investments in advertising have dropped significantly because of the global pandemic. The media industry took the hardest hit.

By
Zuza Nazaruk
-
Zuza Nazaruk is a Rotterdam-based journalist who focuses on social inclusion and climate emergency.
May 3, 2020
Spread the love

Rabat – Although advertising investments traditionally peak in Morocco during Ramadan, the first seven days of the holy month this year saw an overall drop of 36% compared to the value from the previous year.

The dip translates into a MAD 93.66 million ($95.3 million) loss, according to a data provider Imperium.

Traditional investors worldwide responded to the COVID-19 pandemic by cutting their advertising budgets.

The most affected Moroccan industry is the media, with radio advertisement investments dropping by 50%, the digital media by 45%, and the television by 35%. The stakes of the written press declined by 33%, and the display media positioned itself as the least touched with a drop of 25%. Meanwhile, the investment losses for cinemas are noticeably greater since the venues remain closed.

The budget distribution on different media has also changed compared to Ramadan in 2019. Television remains the “most acclaimed” medium despite a 2% drop, with 64% of the allocated funds. Display media follow with 16% of the market share—a two point increase from the previous year.

Radio falls by three points to 12.5%, the written press stagnates at 5%, and digital media experience a slight drop of 0.4 points, accounting for 2.5% of the market share.

Traditionally, the biggest advertising investors are the telecommunications and the food sectors. Both investors cut their advertising budgets by 18% and 44%, respectively.

The structure of the top five major advertising investors changed as well in comparison to 2019. In the previous year, telecommunications and food were followed by the real estate, transport, and banking insurance sectors.

Currently, the servicing sector has jumped six positions and placed itself as the third largest investor. Since the increase in the sector’s budget value has been meager compared to the results it achieved—the value of the rise was only 83%—the change in positioning is yet another indicator for the advertising investments plummeting.

The fourth and fifth places have been taken by toilet beauty companies and banking insurance. Each experienced a boost of one place up with the investments being -33% and -50%, accordingly. 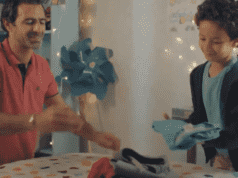