In a time of great uncertainty, Moroccans are sure of one thing: It is time to bring their compatriots home.

Rabat – Since Morocco launched its program to tackle the COVID-19 pandemic, the repatriation of Moroccans stranded abroad has remained the Achilles’ heel of its response to the global crisis.

The rigorous implementation of preventive measures to stem the COVID-19 outbreak has been effective in maintaining a low infection rate and prevented approximately 200 deaths on a daily basis, according to recent estimates from the head of government, Saad Eddine El Othmani.

The North African country’s response has resulted in low infection and death rates, compared to its northern neighbors, particularly Spain, France, and Italy.

French and Spanish news outlets and politicians have praised the Moroccan response, citing the swift lockdown measures and increased mask production as examples of good practice amid the global crisis.

However, the situation of more than 27,800 Moroccans who found themselves stranded overseas has dampened the success of the Moroccan government’s emergency response plan.

Moroccans stranded abroad have been unable to return to their home country since the North African country closed its borders on March 15.

Students, parents, elderly people, and children who had traveled abroad for medical, professional, or personal purposes are unable to get home with no end to the suspension of international travel in-sight. Meanwhile, Moroccan consulates and embassies have provided support, shelter, medications to those in need among the Moroccan stranded abroad.

Since the country closed its borders, the marooned Moroccans have sent out distress calls to the government and Morocco’s diplomatic missions abroad, asking them to find a solution and bring them home.

The Moroccans stranded abroad launched a social media campaign, with the hashtag #bring_us_home, to call on the government to expedite the repatriation process.

“Morocco forgot about us, but we did not. Bring us home, please,” one Moroccan citizen said in a youtube video as part of the campaign.

Bourita expressed his department’s willingness to begin the process of repatriation by making all the necessary arrangements.

Bourita stressed, however, that the decision to repatriate stranded Moroccans would take place only when certain conditions are met. The ministry is determined to ensure that returning nationals are appropriately accommodated in order to preserve public health.

The operation will require rigorous planning to be successful, based on meticulous criteria, and in coordination with several government departments, added Bourita.

However, head of government Othmani said in a televised interview on Thursday May 7, that the repatriations would not happen until the government reopens the borders for international travel, leading to concern that there is no near end to the exile of Moroccans stranded abroad.

The repatriation of Moroccans stranded abroad requires more than the good will of the Ministry of Foreign Affairs however laudable its efforts under the current unprecedented national and international circumstances.

As Morocco’s state of health of emergency continues, any related decision will likely align with the government’s pattern of collective responses, and respect recommendations from the Ministry of Health, as well as the Ministry of Interior.

The Moroccan Foreign Ministry has collated the whereabouts and identities of the Moroccans stranded abroad, according to Bourita’s statement. Officials are waiting for the Ministry of Health to provide a positive assessment on the COVID-19 situation before giving directives for launching the repatriation process.

Youssef El Kaidi, assistant professor at the Faculty of Arts and Humanities of Fez-Saiss, told Morocco World News he is disappointed the government has not succeeded in effectively responding to the situation of Moroccans stranded abroad.

“The plight of Moroccans stranded abroad reminds us of castaway movies and novels where home becomes the never-never land, much aspired but never reached! It is indeed a shame for the government of Morocco which has hitherto been internationally hailed for its bold multidimensional approach to combat the propagation of Coronavirus,” said the academic.

El Kaidi went on to add that putting the blame on one department would be misguided, as this is a collective undertaking where many stakeholders must have a say.

“The Ministry of Foreign Affairs and Moroccans Abroad is not the one to blame as some media in Morocco have alleged,” El Kaidi argued.

“The head of government bears the greatest responsibility as the chief officer who is institutionally empowered to take executive decisions such as this repatriation. The Ministry of the Interior and the Ministry of Health also bear responsibility,” he said.

Reda El Fellah, a professor of international law at Ibn Zohr University, evoked the issue’s complexity, stressing the need for the government to take action as a collective body.

“The issue of Moroccans stuck abroad is very sensitive. It involves the right of Moroccans to join their homeland and their families and relatives. The issue is very complex and requires an immediate decision from the government and coordination between the competent ministerial departments to organize their safe return to Morocco,” El Fellah said.

“It is the responsibility of the government to give an adequate and urgent response to this crisis,” the professor emphasized to MWN.

Moroccan voices agree: Their government as a whole must come together and develop a well-thought-out plan.

A government repatriation strategy should enable Moroccan citizens stranded abroad to reunite with their families during these difficult times when the warmth and support of loved ones matter most.

The Moroccans scattered and stranded across the globe cannot wait any longer. As Professor El Kaidi put it: “Bring our fellow citizens home!”

Morocco, China Discuss ‘Next Steps’ of Cooperation Against COVID-19 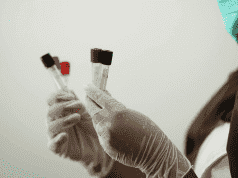