Before COVID-19, the biggest Moroccan airline was on the rise. Now, RAM is trying to mitigate the economic impact of COVID-19 while facing customer anger. 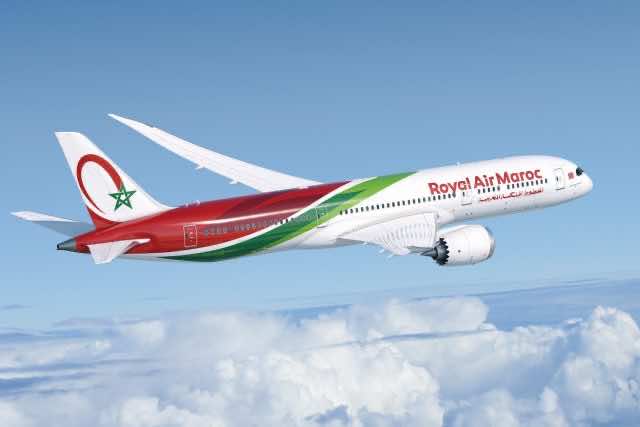 By
Zuza Nazaruk
-
Zuza Nazaruk is a Rotterdam-based journalist who focuses on social inclusion and climate emergency.
May 14, 2020
Spread the love

COVID-19 has deeply disrupted the activity of airlines worldwide. Governmental travel restrictions to prevent the spread of the novel coronavirus have caused airlines’ revenues to plummet. The demand for flights has come almost—except for repatriation flights—to a halt.

The United Nations World Tourism Agency (UNWTO) predicted the standstill will bring losses in international tourism that reach between 60% and 80%, depending on the travel reopening dates.

Global crisis of a unique size

RAM suspended its international flights on March 15 and announced a decision to shut down its domestic flights on March 21, one day after the country entered a nationwide lockdown. Since suspending air passenger traffic, RAM’s activity has stalled. Observers speculate RAM will play a role in the eventual repatriation of the 27,850 Moroccans stranded abroad, according to the government’s May 7 estimate.

In 2019, RAM carried 7.5 million passengers on approximately 245 daily departures. The future was looking bright: Between November 2019 and February 2020, RAM experienced a strong, two-digit economic growth. The company was slated to join oneworld, a commercial alliance of 13 global airlines, as its first African carrier.

Then COVID-19 struck, and international travel stopped. RAM reported a 60% traffic loss in March and a staggering 100% loss in April. Abdelhamid Addou, the CEO of RAM, estimated the financial losses at MAD 50 million ($5 million) per day. To put this in perspective, the airline recorded an annual operating profit of MAD 162 million ($16.2 million) in 2018.

RAM is seeking a way to ensure its financial survival while maintaining its 60-aircraft fleet and treating its almost 4,000 employees fairly. Addou explained that an austerity plan the airline introduced at the dawn of the crisis allowed RAM to “respect their engagements” in March, April, and May, while stressing the importance of the state’s support for the month of June.

The austerity plan might have helped RAM’s finances, but it did not help the company’s public relations. The survival measures required sacrifices that were often involuntary.

The fight for a refund

Morocco World News received several emails regarding the situation of RAM’s customers whose flights were canceled after the government decided to ground all international traffic. One of them outlined the difficulties in receiving a refund.

The author of the email was studying in Morocco until the introduction of the lockdown. The carrier canceled the source’s flight back home several weeks ago. RAM has still not provided any refund despite the sender’s multiple claims on the airline’s website and to its customer service. Instead of a refund, the company offered a travel voucher valid for 12 months, a solution that the sender finds unacceptable.

RAM outlined special measures for those affected by state-instructed flight cancelations in the “Frequently Asked Questions” section of its website. The airline offers “the possibility to change freely the date of departure to the same destination or the refund of your ticket in exchange of a travel voucher.” RAM extended the validity of the voucher from 6 to 12 months. The same paragraph, however, reads that “it is also possible to get a cash refund however it requires significantly more processing time.”

The email that MWN’s source received from RAM’s customer service belies the statement. According to the source, the company claims it is “exempted from liability due to the extraordinary circumstances” and returns to its voucher offer.

Both the EU and the US Department of Transportation state that, as would happen in non-pandemic times, airlines are obliged to provide refunds for canceled flights.

“While airlines are understandably struggling due to COVID-19, it is unfair for them to put the burden on customers who were not at fault,” concluded the informant. Their feelings are shared by 2,523 travelers, as of the evening of May 14, who signed a petition demanding RAM pay their refunds.

The description of the petition explains that RAM canceled numerous flights based on a government decision from March 14. RAM is not willing to refund the clients’ money and only offers vouchers that are valid for six months, or to change the flight destination and require the customer to pay the fare difference.

“Royal Air Maroc wants to hold travelers accountable for a cancellation declared by the Moroccan government.”

The initiators of the petition are asking the airline to issue refunds and allow customers to change their tickets for free. The clients base their decision on not knowing “what will happen in the future as plans are changing for all of us all the time. We are not sure how many people will go jobless within a few days and will not be able to afford to go on vacation.”

The petition description ends with the travelers expressing hope that the airline wishes to help the customers instead of making them “pay for something that it is not their fault.”

Casablanca Travel Services, an American travel agency, started the petition in March and addressed it to RAM. Other decision-makers on the petition include the US Department of Transportation and the Airlines Reporting Corporation—an American company that settles ticket transactions between airlines and travel agencies. The issue remains unsettled and the comment section on the petition’s website is buzzing.

In the comment section, the travelers share a feeling of being treated unfairly. “I do not want to be held accountable for a pandemic” is one statement representative of the general mood. The customers are not responsible for the airline’s hardship, besides, some still remain stuck in Morocco because of flight cancellations.

Financial issues now occur frequently: In uncertain times, people need money. Some had to buy another flight, which meant further spending. The problem grows with groups or families: One signer describes booking five tickets for the whole family, which is a remarkable portion of the household’s budget.

The uncertainty of travel is also a recurring topic. Some dissatisfied customers express doubt over whether they will be able to travel in a year, either due to the pandemic, personal circumstances, or a combination of both. Others do not want to travel because they are scared or they recently found themselves unemployed.

The feeling of injustice and betrayal is great enough that many are voicing a wish to bring the issue to court. MWN will continue reporting on the situation’s development.

A trolley problem is a classical thought experiment in ethics. A runaway trolley is heading at five people lying on the tracks, unable to move. If somebody pulls a lever, the trolley will switch to a different set of tracks where one person is lying, unable to move. The decision-maker must choose if the right option is pulling the lever or letting the event unfold without intervention.

The situation of RAM is a similar dilemma: Whatever the company does, somebody will be hurt. Close to 4,000 people employed by RAM may lose their jobs permanently if the company plunges deeper into crisis. At the same time, 2,523 customers—and probably more, as not everybody who is in this situation signed the petition—find a part of their revenue unavailable in difficult times.

In a global pandemic, some problems might present no “just” solutions.