After cracking down on goods smuggling from the Spanish enclave city of Ceuta, Moroccan authorities are reportedly planning to set up an economic zone in the northern city of Fnideq as an alternative.

Rabat – Morocco has begun building an economic zone in Fnideq, a city near the border with the Spanish enclave of Ceuta, Spanish news agency EFE reported.

In a report published on June 6, EFE learned from sources close to the project that the zone has an initial area of 10 hectares and is set to eventually amass 90 hectares.

The area will “consist of a series of customs warehouses that will receive the wholesale merchandise from the nearby Tanger Med port,” the outlet continued.

EFE’s sources suggest the warehouses will receive shipments of high-demand food and textile products that constitute most of the commodities smuggled from Ceuta.

The economic zone “will have the characteristics of a free zone,” the outlet’s sources claim, and have an area dedicated to the conditioning and labeling of wholesale products. Leisure activities such as green spaces, shops, cafes, and restaurants will also arise.

Morocco aims to finish the construction works within a year, EFE reported.

The Spanish outlet added that the current stage of the project “is limited to land leveling and road infrastructure planning, which alone required an investment of MAD 91 million ($9.43 million).”

Spanish reports suggested at the time that the high volume of porters crossing the Tarajal II border, creating blockades for hours and resulting in injuries and deaths among smugglers, were behind the border closure.

Moroccan authorities, however, said the illegal import of goods from Ceuta costs Morocco a tremendous amount of money that could be generated through paying taxation fees.

In February 2019, the Director-General of the Moroccan Administration of Customs and Indirect Taxation, Nabyl Lakhdar, estimated the value of the products entering Morocco through the Ceuta border ranges from MAD 6 billion to MAD 8 billion per year (between €550 million to €730 million). The figures are ten times more than Ceuta’s legal exports to Morocco, estimated at €47 million.

Despite the suspension of smuggling, Moroccan continued to receive complaints in 2020 from trade operators who decried the “unfair competition” that arises due to the flow of goods from Ceuta and Melilla.

Meanwhile, the autonomous governments of the two enclaves accused Morocco’s government in February of suffocating the cities’ economies.

Lakhdar denied later the same month that the move was politically motivated. Rabat has made clear that its decision is irreversible, as smuggling has cost the country between MAD 2 and 3 billion (between €180 and €270 million) in unpaid taxes.

Morocco Officializes Creation of Economic Zone in Fnideq, Near Ceuta 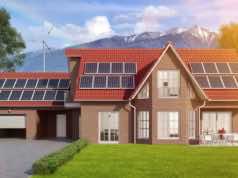