ONCF will gradually increase its train frequency until it gets back to its regular pre-pandemic level. Rabat – Following the official decision to permit intercity travel in Morocco, the National Railway Office (ONCF) has announced the progressive resumption of its travel offers in accordance with the required safety measures due to COVID-19, starting Thursday, June 25.

After a three-month suspension due to the COVID-19 pandemic, the Al Atlas trains — linking Oujda, Marrakech, Tangier, and other cities — and the high-speed Al Boraq trains — linking Tangier and Casablanca — will resume operating with reduced frequencies.

According to an exclusive document Morocco World News received, starting June 25, long-distance intercity trains will operate with a daily frequency of 42 trains. The regular pre-pandemic frequency of these trains was 92.

The high-speed Al Boraq route will see 12 trains in operation every day—six trains from Tangier to Casablanca and six in the opposite direction. The regular frequency of high-speed trains was 28 trains daily.

Regarding the Al Atlas-South route, eight trains will operate daily between Fez and Marrakech (four in each direction), six trains will link Fez and Casablanca, two trains will operate between Casablanca and Oued Zem, and two others will travel between Benguerir and Safi. The number of trains represents less than half the regular frequency.

Finally, the commute trains known as TNR, which have been operating at a reduced frequency during the COVID-19 lockdown, have increased their daily trips. Commuters in the Rabat-Sale-Kenitra and Casablanca-Settat regions can now travel aboard 72 trains daily. The number will gradually increase until it reaches the regular frequency of 132 daily trains.

The resumption and increased frequency of trains will be accompanied by strict safety measures, ONCF announced in a press release, urging travelers to wear face masks and respect social distancing in train stations and aboard trains.

The trains will only fill 50% of their passenger capacity and travelers will be required to have reservations before accessing the trains.

For train stations located in the government-designated Zone 2, the zone with strict lockdown measures, travelers will be required to present their identity cards while purchasing train tickets.

Travelers will also need to justify their travel with a special authorization to local authorities at the entrance and exit of the train stations, ONCF said.

The resumption of intercity travel, announced by the Ministry of the Interior on June 21, is part of Morocco’s second phase in easing its lockdown measures.

Besides intercity travel, the country is set to resume domestic flights and Moroccan authorities have allowed the resumption of several businesses, such as restaurants, cafes, hotels, and shopping centers. 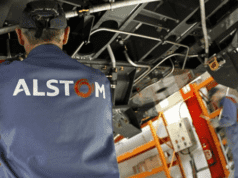