The Spanish government will pay for the sea trip.

Rabat – Morocco will receive on Saturday 1,200 Moroccan seasonal workers who have been blocked in Huelva, Spain due to COVID-19-induced lockdowns and closed borders.

The 1,200 seasonal workers will be the first group to return from Huelva. Thousands of foreign seasonal farmers work in the area under contract to collect red fruits every year.

The total number of Moroccan seasonal workers stranded in Huelva is estimated at 7,100, according to the Spanish news outlet.

Morocco’s government reopened borders for Moroccans and foreign residents living in Morocco, as well as their families, starting today, July 15.

The farm laborers will undergo screening tests in accordance with the preventive measures set up to contain the spread of COVID-19.

The repatriation operation will take place via a sea trip.

The announcement comes after serious concerns from Moroccan women who are seasonal workers in Huelva. They shared a plea publicly in a video published by Spanish news outlet Le Mar de Onuba.

The women called on King Mohammed VI to intervene and help them return to Morocco.

The women said they had already sent all the income they received from the Huelva work to their families and therefore they have no money to return home.

“We already sent all the money to Morocco. Our kids are alone. No one is taking care of them. They miss us. We ask the King to open the port. We are here without work, without money, and without food. We ask the King to send us home,” one of the protesters said.

Agriculture organization UPA applauded the agreement between Spanish and Moroccan authorities to enable the return of 7,100 Moroccan farmers.

UPA reassured that the Spanish government will pay for the repatriation trip.

The inability to return home is not the only issue Moroccan women face in Huelva fields. Moroccan women have been complaining about sexual assaults and physical exploitation from male colleagues or managers for years.

In 2018, a group of Moroccan women filed complaints about poor conditions on strawberry farms in Huelva, condemning exploitation.

The women claimed they were forced to work long hours, without pay.

In 2019, a woman interviewed by the New York Times said the conditions in the Donana 1988 d’Almante strawberry farm made her feel like a “slave. Like an animal.”

“They brought us to exploit us and then to send us back. I wish I drowned in the sea and died before arriving in Spain,” she said.

Spain’s Huelva was expecting approximately 16,500 workers from Morocco during the 2020 season. The COVID-19 crisis, however, prevented Spain from bringing in the total number. 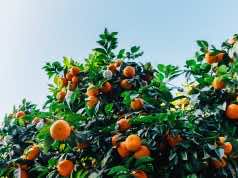 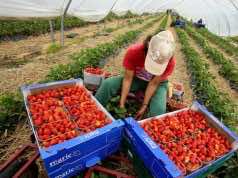