The country is set to use the momentum gained during the COVID-19 pandemic to accelerate its development ambitions. 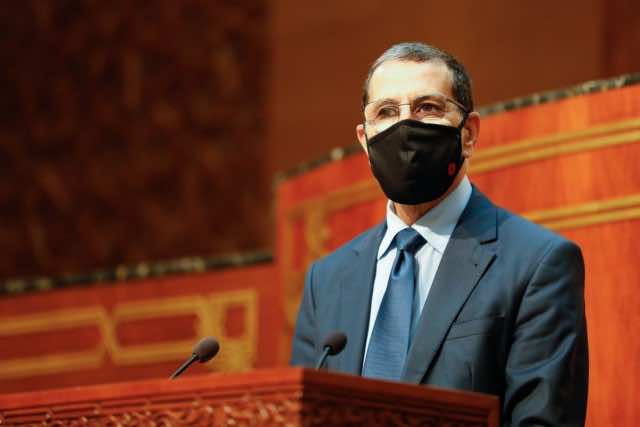 Rabat – Morocco is set to create more than 120,000 direct and indirect jobs over the next three years, Head of Government Saad Eddine El Othmani announced.

The country is also expected to attract over MAD 10 billion ($1.06 billion) in foreign direct investments (FDIs) and become a regional and African leader, he added.

The head of government made the announcement during the monthly general policy session at the House of Councillors. The session took place on Tuesday, July 21.

During the session, El Othmani presented Morocco’s post-pandemic vision and recapitulated the efforts made to support the economy.

“The government is working to capitalize on the performance of the exceptional economic situation linked to COVID-19, through supporting the national economy, prioritizing social sectors, and accelerating digital transformation,” he said.

According to El Othmani, Morocco represents a model in the fight against COVID-19.

The government’s main objective is to accelerate the national economy’s relaunch and revitalize it, the head of government said.

Morocco has made amendments to its 2020 Finance Bill and developed a recovery plan, El Othmani outlined. In the long term, the lessons learned from the COVID-19 pandemic will help shape the country’s new development model, he continued.

Morocco’s medium to long-term vision revolves around five main axes, El Othmani announced. The axes include strengthening the resilience of the national economy and promoting competitiveness and innovation among national companies. They also include encouraging investments and public-private partnerships, promoting national products, and gradually integrating the informal sector.

Read also: One-Fifth of Morocco’s Formal Employees Lost Their Jobs Due to COVID-19

Morocco is revising its relations with international partners to better position itself in the international value chain, El Othmani revealed.

The country also aims to reach the 50th rank on the World Bank’s Doing Business ranking by 2021, he added. Morocco is currently 53rd globally in the ranking and third in the MENA region, behind Bahrain and the UAE.

The country is also set to reduce its imports, El Othmani said. It will do so through supporting local economic actors and adapting their production capacities to national needs.

The government will begin prioritizing national companies and products within the framework of public contracts, he pledged.

The government has developed an action plan for the tourist industry, one of the hardest hit sectors in the country, El Othmani said. The plan aims to preserve Morocco’s tourism economic fabric and jobs in the sector. It also aims to accelerate the resumption of activities and install the foundations for a sustainable transformation of the sector.

Regarding the informal sector, which constitutes 20% of Morocco’s GDP and offers over 2.4 million jobs, the government is working on a plan to gradually integrate informal workers in the formal sector, El Othmani announced.

The head of government also recalled that Morocco has allocated a budget to support informal workers who lost their jobs due to the COVID-19 crisis.

El Othmani said the government is continuing its efforts to support the education and health sectors. He also discussed the reform of Morocco’s social security systems, explaining that the health crisis further encouraged this project.

The Moroccan government will reform and expand the country’s basic health coverage system and its pension plan, El Othmani assured. The reformed plans will cover 90% of the targeted categories — Moroccans in precarious situations — “within a reasonable timeframe,” he said.

Finally, to accelerate Morocco’s digital transformation, the head of government focused on five main objectives. The goals include consecrating Morocco’s position as a leading technological hub in Africa, encouraging the creation of jobs in digital fields, establishing a digital administration at the service of citizens and businesses, and using digital technology to promote a competitive economy.