Despite Morocco’s inclusion on the EU’s list, it remains under surveillance and its status could change if the health situation worsens.

Rabat – The list of non-European countries that are allowed into the EU territory has reportedly shrunk from 15 to 11, with Morocco maintaining its position.

The EU envoys submitted an updated list Wednesday during a meeting with the body’s 27 member states.

Forbes revealed through diplomatic sources that EU envoys also wanted to remove Morocco from the list but met “fierce resistance” from countries with large numbers of citizens of Moroccan descent, such as France, Belgium, and the Netherlands.

AFP revealed that despite Morocco’s inclusion on the EU’s list, it remains under surveillance and its status could change if the health situation worsens.

Morocco announced a daily case count of 826 on Wednesday, the highest number the country has recorded thus far. Morocco has recorded a total of 22,213 infections since the beginning of the outbreak.

Morocco’s borders have largely been closed since mid-March in support of the efforts seeking to contain the spread of COVID-19.

Morocco made an exception by opening borders strictly for citizens, residents, and their families since July 15.

The EU removed Serbia and Montenegro from the list during their biweekly review in mid-July. Following a surge in COVID-19 cases, the EU will now exclude Algeria, according to Forbes via a diplomatic source.

Algeria has recorded 1,186 deaths since the confirmation of its first COVID-19 case on February 25 as of today, July 29. Daily case numbers have roughly doubled since the EU drafted the initial “safe countries” list in late June.

Travelers from China were on the list on the condition of reciprocity. However, they are still unable to enter as China is not allowing visitors from the EU.

Countries whose travelers will now be allowed into the EU, if members approve the list submitted today, are: Canada, Australia, New Zealand, Japan, South Korea, Thailand, Tunisia, Morocco, Georgia, Rwanda, and Uruguay. China is set to maintain its provisional approval. 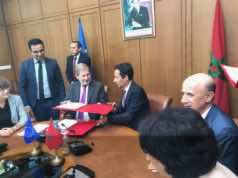 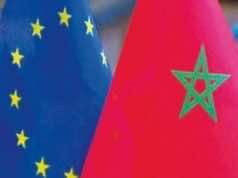 Morocco and the EU: Managing the Future