King Mohammed VI calls for a generalized social security system that would cover all Moroccans in his 2020 Throne Day speech. Rabat – The rapid implementation of a generalized social security system in Morocco will be the Moroccan government’s top priority in the next year, according to a circular from Head of Government Saad Eddine El Othmani.

“The government will ensure the rapid implementation of the generalization of social security for all Moroccans,” El Othmani wrote in a letter addressed to all government members.

The document is part of the government’s preparation for the 2021 Finance Bill, which sets the annual state budget.

“I believe the time has come to launch a decisive process for the expansion of social welfare coverage to all Moroccans within the next five years,” the King said in the speech.

“This project needs to be implemented gradually, as of January 2021, using a well thought-out plan, starting with compulsory health coverage and family allowances, then moving on to pension and unemployment benefits,” he added.

In application of the royal instructions, the Moroccan government will open a dialogue with the professionals concerned with the call. A number of Morocco’s economic and social partners will also be part of the dialogue, El Othmani announced.

Through a participatory approach, the government will develop a vision for the project, including its timetable, legal framework, and financing options, he continued.

The success of the social security reform depends on the adaptation of a legal framework governing the compulsory health insurance AMO and the establishment of a system that allows independent workers who are unaffiliated to an organization to benefit from family allowances, El Othmani said.

The reform should also cover hospitals and medical facilities through a reorganization of patient treatment processes, the head of government added.

El Othmani underlined the importance of establishing a national unified social register to facilitate the reform and make sure everyone benefits from social security in Morocco.

After discussing the generalization of social security, El Othmani announced that Morocco’s 2021 Finance Bill should allocate higher budgets for health and education.

The legal text “will strengthen national healthcare by expanding its offer and improving its quality, as well as facilitating access to its services, in an equitable manner,” El Othmani said.

The head of government emphasized the need to improve working conditions of medical staff through mobilizing more human and financial resources.

To improve the health system, the government will develop public-private partnerships with the aim of optimizing expenditures, El Othmani explained.

At the end of the circular, El Othmani pledged to accelerate the launch of a major reform of public establishments and enterprises, in line with King Mohammed VI’s directives.

The 2021 Finance Bill should allocate a budget for the creation of a national agency to manage and evaluate the performance of Morocco’s public enterprises.

The agency is also set to merge public enterprises operating in the same sectors and dissolve establishments that do not bring any added value, El Othmani concluded. 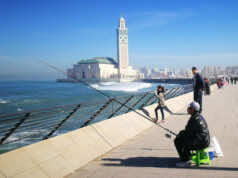 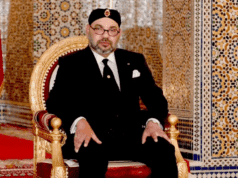