According to Morocco’s High Commission for Planning, the country is home to 7,000 people classified as refugees. 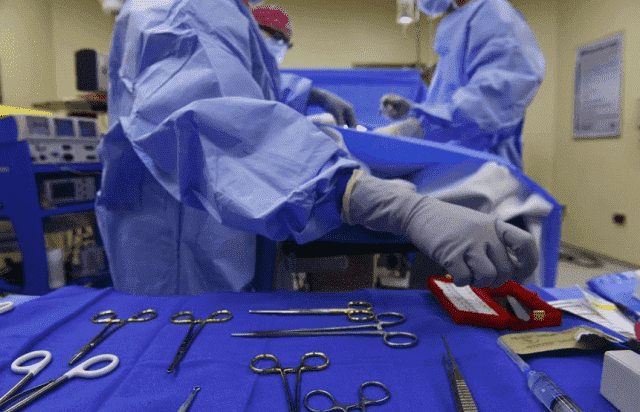 Rabat – A clinic in Rabat saw on Wednesday the first medical surgery on a refugee as part of a convention between the United Nations High Commissioner for Refugees (UNHCR) and Morocco’s National Council of the Order of Physicians (CNOM).

The surgery is part of Morocco’s immigration and asylum policy that King Mohammed VI initiated, including an aim to promote access to health care for refugees and asylum seekers.

Ibrahima told Maghreb Arab Press (MAP) that the surgery freed him from months of suffering. He expressed hopes that the convention will remain in force and that other ill refugees will be able to benefit from similar health services.

The president of the Rabat-Sale-Kenitra Regional Council of the CNOM, Badeiaa Falky Zaki, indicated that access to healthcare is one of the priority axes of the convention. She notes that refugees in Morocco will now benefit from “graciously supported” medical consultations and even surgery.

In addition, Falky Zaki said the agreement also includes offering psychological counseling and psychiatric consultations. She expressed her wish to further expand services in favor of refugees in Morocco.

The official also revealed that the parties signed a number of agreements with various speciality clinics with concern for refugees.

The doctor in charge of Ibrahima’s surgery, Professor Mustapha Benazzouz, said the clinic is actively involved in the convention between UNHCR and CNOM, stressing the necessity of offering healthcare to Morocco’s refugees.

Morocco’s High Commissioner for Planning (HCP) announced that the majority of refugees in Morocco come from Syria (48%) and Yemen (16%), based on a survey that the commission conducted from June 2-8.

The survey analyzed how the pandemic has affected their psychological and socio-economic conditions.

According to HCP, Morocco is home to 7,000 people classified as refugees, including 61% males and 39% females.