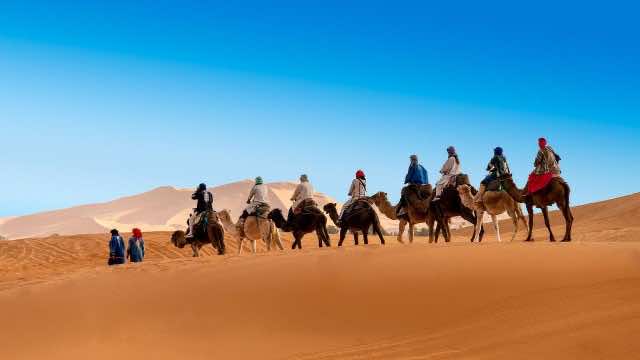 Meknes – As part of the Morrocan National Tourism Office’s (ONMT) efforts to revive the national tourism sector, Morocco welcomed two groups of tourism professionals from the UK and Spain.

The ONMT launched the familiarization trips as part of a series of efforts to give Morocco’s tourism sector a push forward to overcome the setbacks of the COVID-19 pandemic.

The aim of the familiarization trips was to put Spanish and British tourism professionals in touch with their Moroccan counterparts and promote Moroccan tourism in two countries.

The ONMT said in a press release on Monday that the trips also aim to reassure Spanish and British professionals about the measures Morocco has taken to accelerate the revival of the tourism sector while ensuring the safety of visitors.

The trips renewed and deepened the Spanish and British professionals’ knowledge of Morocco as a destination and allowed them to discover the new infrastructures put at the service of tourism.

The statement also noted that the Spanish visitors explored Morocco’s northern region, particularly the cities of Tangier, Tetouan, and the coastal strip Tamuda Bay. A visit to Rabat via the TGV Al Boraq showed them Morocco’s modern and practical infrastructure that improves the tourist experience.

The British professionals, meanwhile, visited the cities of Essaouira, Marrakech, the village of Sidi Kaouki, and the Agafay desert.

The two trips enjoyed Spanish and British media coverage to promote tourism in Morocco. As well, the visits sought to begin short-term promotional activities that will benefit both the tourist sector in Morocco and the general public.

The promotional activities designed to appeal to the Spanish and British markets include launching the “B2Marruecos” platform to organize virtual workshops, participating in B2B Webinars in the United Kingdom and at the WTM, organizing trips and press meetings, and fortifying digital activities and public relations.

Morocco’s tourism sector usually represents 11% of the country’s GDP, and took a severe hit from the COVID-19 pandemic. The Ministry of Tourism said 87% of hotels closed in Morocco two months after the outbreak of the pandemic.

Morocco began welcoming foreign tourists again in September, and the country’s officials and tourism professionals have worked on strategies to promote the sector under safe conditions.