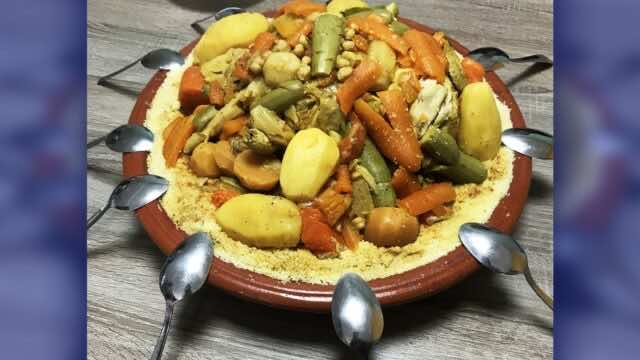 Rabat – Samir Addahre, Morocco’s ambassador to the UN Educational, Scientific, and Cultural Organization (UNESCO), received on Wednesday the certificate of registration of couscous on the Intangible Cultural Heritage list.

Couscous is Morocco’s 10th “element” on the list. Morocco, Algeria, Tunisia, and Mauritania presented a joint request to include couscous on UNESCO’s list in December 2018.

The official inclusion recognizes the North African dish, known and loved by many, as a shared cultural treasure.

Other variations of the dish made their way elsewhere and can be found in countries such as Brazil, Italy, and Malta.

In 2019, Algeria’s former Prime Minister Ahmed Ouyahia claimed Morocco was “taking credit for this Maghrebi dish.” He declared that “It is unnecessary to say that couscous is a dish shared by all the Maghreb countries.” The region can now put this controversy behind.

The North African country has been able to enlist several elements of its heritage on UNESCO’s tangible and intangible lists.

On December 16, 2019, UNESCO added Gnawa music to the Intangible Cultural Heritage list. Gnawa music combines the arts of storytelling, rhythm, and movement. It is a traditional soulful tune that descends from Amazigh (Berber), Arab, and African performances.

Beyond knowledge and practices related to couscous, Morocco has three other collective entries on the UNESCO list, namely date palm practices and knowledge, falconry, and the Mediterranean diet.