Zambia withdrew its recognition of the self-proclaimed Saharawi Arab Democratic Republic (SADR) in 2016.

Rabat – Zambia’s Ministry of Foreign Affairs cleared up any doubts on the future of the Zambian diplomatic missions in Morocco.

A press statement from the ministry dated February 18 confirmed that the “Embassy in Rabat… together [with] its Consulate in Laayoune continue to be part of Zambia’s diplomatic Missions establishment.”

The statement comes in reply to Algerian news sources falsely reporting that Zambia would close its consulate in Laayoune.

The two posts in Morocco were opened in October 2020, three years after the North African country opened its diplomatic mission in Zambia. The statement stated that once the COVID-19 pandemic has subsided, “public access and the staffing levels at both the Mission in Rabat and the Consulate in Laayoune will [be] enhanced.”

The Zambian ministry explained that among the mission’s duties will be to “oversee the welfare of over 300 Zambian students” currently studying in Morocco.

The statement also affirmed that any contradictory information “regarding the status of the two diplomatic outposts should therefore be treated as false.”

The two countries have experienced warming relations since the Sub-Saharan country withdrew its recognition of the self-proclaimed Saharawi Arab Democratic Republic (SADR), in 2016.

Speaking on the occasion of the Zambian president’s visit, the Moroccan king expressed his high regard for President Lungu.

“I also want to say how much I value the relations rooted in brotherhood, cooperation and solidarity between our peoples. I know, Mr. President, that we are both determined to consolidate these ties in all sectors,” the Moroccan King concluded. 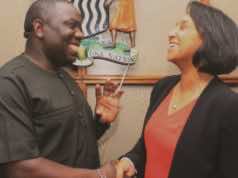