The event, which will convene 32 participant countries, will take place from March 14-27 in the Gulf of Guinea and the Atlantic Ocean, the United States Africa Command (AFRICOM) announced.

Such skills will “have a lasting impact on regional security in the Gulf of Guinea and the Atlantic Ocean,” he said.

Several countries will take part in the exercise. In addition to Morocco, the Netherlands, Niger, Nigeria, Portugal, the Republic of Congo, and Senegal will also participate.

Brazil, Belgium, Benin, France, Gabon, Gambia, Germany, Ghana, and Guinea are also included in the list of the participants.

The most recent participation was Morocco’s military exercises with the US navy earlier this month.

The US commented on Morocco’s participation, describing it as an “honor.”

Rear Admiral Scott Robertson stated that “it’s an honor to participate in this historic bi-lateral maritime exercise; hallmarking 200 years of an enduring partnership with Morocco.”

Rear Admiral Robertson said such military exercises  enhance the “foundation of our interoperability and continued support of our long-term commitment to security in the region.”

The exercise is not unique. Both the US and Morocco participate in several military exercises together.

Morocco and the US are preparing for the African Lion 2021 military exercise.

The US military and Morocco’s FAR organize the African Lion exercises with partner countries to strengthen their capacity in combating violent extremist organizations, maintaining security and peace, and combating transnational threats. 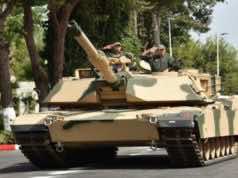