Efforts of Moroccan security services to combat organized crime and international drug trafficking networks continue to make arrests in this regard. 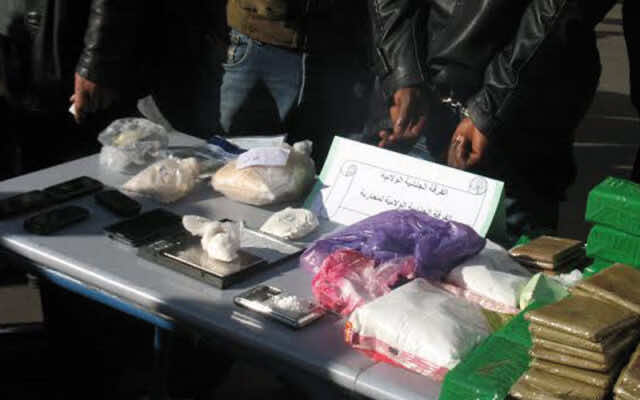 Rabat – On Friday, elements of Morocco’s Central Bureau of Judicial Investigation (BCIJ) in the city of Martil (Northern Morocco) arrested four people, aged between 29 and 61 years, including a woman and a pharmacist, for their alleged links with a criminal network active in the illegal trafficking of drugs.

A first security operation had led to the arrest of three suspects red-handed while they were marketing psychotropic drugs in the region of Oued El Maleh in Martil, said the national police (DGSN) in a statement.

The DGSN added that investigations have revealed the identity of their main supplier of psychotropic drugs, a pharmacist who was also arrested in the city of Mdiq.

After carrying out search operations, the Police proceeded to seize a total of 7,372 psychotropic tablets of various types, cell phones, a car, as well as capsules of Hachich, according to the DGSN.

The Police placed the suspects in custody pending further investigation to shed more light on the case.