Rabat – Cafe owners throughout Morocco plan to close for 24 hours in response to the potential pandemic restrictions during Ramadan. The strike will begin Friday, April 9 and some cafe owners plan to open early or extend their closing time.

On Friday, the National Association for Cafe and Restaurant Owners of Morocco (ANPCRM) announced the strike on their Facebook page contrary to other sources expecting the closure to begin today. The announcement came after the Head of Government Saad-Eddine El Othmani declared that the national curfew would be extended by two weeks.

In a Facebook post, El Othamani stated: “The number of new cases per week increased slightly for the second week in a row, thus accordingly, the precautionary measures were extended for an additional two weeks in order to avoid the deterioration of the epidemiological situation.”

The head of government has yet to comment on the announcement of the strike.

Some cafes and restaurants in M’Rirt, a small town located 130 km south of Fes, decided to begin the strike early due to the enforcement of government regulations and the implementation of measures such as not playing televised football matches and reducing capacity.

Nearly 30% of the cafes in Morocco have closed due to the decrease in customers throughout the pandemic many fear the curfew will extend for the duration of Ramadan which could be disastrous for small business owners and local economies.

Others remain optimistic that the government will allow cafes and restaurants to operate after maghreb (sunset) during the month of Ramadan.

One source told MWN that they plan to participate in the boycott partly by opening in the morning and closing around midday but were not overly concerned with the government’s actions.

The curfew is set to end on April 10 just a few days before the official start of Ramadan. Currently, the curfew runs from 9 pm to 6 am. 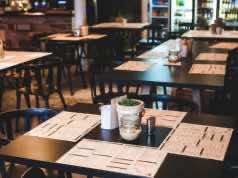 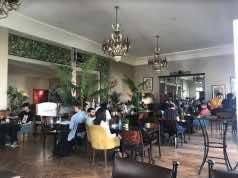 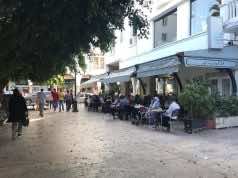