Morocco World News
Home News Morocco Morocco: Evolution, not Revolution: Can the reforms in Morocco have a positive...

The latest speech by King Mohammed VI of Morocco came as a surprise not only to Moroccans themselves, but also to many observers and analysts around the world. 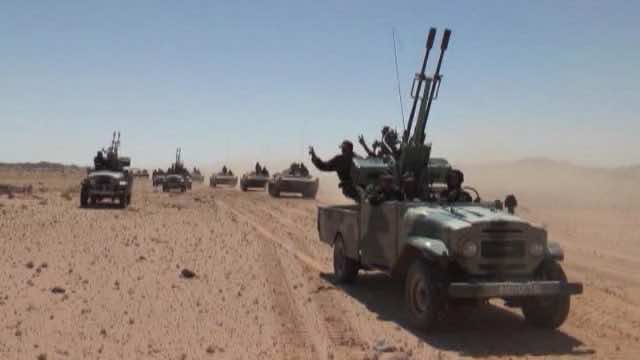 New York – Mostly to those who over the last couple of years have based their criticism of Morocco’s position on the Sahara issue on the fallacious idea that Morocco is a totalitarian state, where fundamental freedoms are suppressed. Many biased observers of the question of the Sahara, such as the Spanish professors Carlos Ruiz Miguel and Ana Camcho, used to rely on the perceived lack of democracy and fundamental freedoms in Morocco as their central argument in attacks against the legitimacy of Moroccan presence in the Sahara and the credibility of Morocco’s proposed Autonomy Plan for the Sahara.

Even after the Moroccan government proposed the Autonomy Plan in 2007 in order to put an end to the impasse which this issue has reached, those authors spared no efforts to show to the world that an autonomy plan of this nature could not be fully enforced in a country where “there is no real democracy”, nor should the international community put its trust in a “despotic regime” that would not respect its international commitments. The latest developments that took place in Morocco, and in the Arab world as a whole, dealt a huge blow to the underpinnings of the Polisario “thesis” and those who support it morally, politically and financially.

After the demonstrations that took place in over 50 cities and provinces in Morocco on February 20th and the following political uproar that ensued, many observers were holding their breath lest the Moroccan authorities would react with an iron-fist to the demands of the Moroccan youth. Many feared a remake of the Tunisian and Egyptian scenarios where the authorities responded in panic to the uprisings, accelerating their own downfall.

All speculation and comments that were made about the political future of Morocco amidst the political upheaval in which their immediate neighbors were mired, missed an essential point: unlike other Arab countries, Morocco is already engaged in political openness since the accession of King Mohamed VI, although this political openness suffered a setback in 2003, in the wake of the Casablanca terrorist attacks. Besides, there is widespread consensus among Moroccans that Morocco does not need a regime change, but rather reforms that empower all citizens and enable them to have their say, through an elected government, in deciding their destiny. What Moroccans are yearning for is an end to all the shortcomings that afflict the Moroccan political landscape be it injustice, nepotism, corruption, or total absence of accountability. This was the message conveyed by the demonstrators across Morocco on 20 February 2011, and which, arguably, did not fall on deaf ears.

By taking measures, not the least of which is the 9 March speech, Mohamed VI has exceedingly lived up to the expectations of Moroccans and the hopes they placed on him to engage in real reform of the constitution, start a genuine democratic process and move Morocco forward towards a brighter future for all citizens. Not only did King Mohamed VI succeed in setting in motion a political reform that will enhance the democratic gains achieved by Morocco over the last decade, but he also scored major points in the world arena as a forward-looking and democracy-loving leader. In fact, besides the political gains achieved by King Mohamed VI at the national level, in terms of safeguarding the political stability in Morocco, the political openness that has been announced in his speech will most likely enhance the political standing of Morocco on the world arena and improve its image as a democratic and open society.

An overview of the newspapers and television reports after the speech gives a clear-cut idea about the positive echo that the reforms announced in the speech had internationally, prompting many world-leaders, such as the French President, the Prime Minister of Spain, the King of Spain, the spokesperson of the White House, as well as the Secretary General of the United Nations, to hail the courage, wisdom and clear vision of King Mohamed VI, who is considered a major asset for the stability of the entire region of the Maghreb.