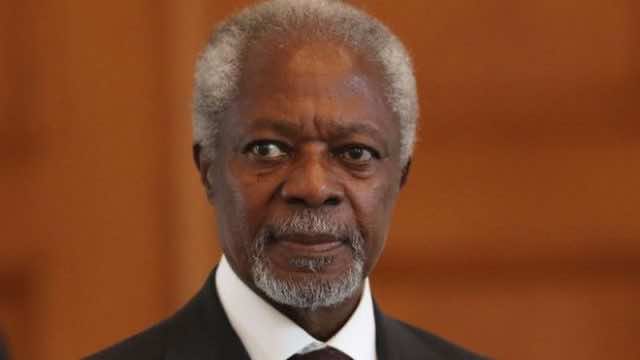 “It’s time for countries of influence to raise the level of pressure on the parties on the ground and to persuade them to stop the killing and start the talking,” he told a press conference in Geneva alongside the Chief of the U.N. Syria monitoring force. General Robert Mood.

“The longer we wait, the darker Syria’s future becomes,” Annan said, adding that “the time to act is now.”

Annan also said that Iran should play a part in resolving the crisis in Syria.

“I have made it quite clear that Iran should be part of the solution,” Annan said in a statement similar to that of Russian Foreign Minister Sergei Lavrov earlier on Friday.

Moscow dismissed U.S. and British objections to Iran’s participation in an international conference on Syria.

“We are convinced that Iran should participate in that conference,” Lavrov said.

The United States and Britain claim that Iran cannot be invited because “it is misbehaving,” he said.

“When the Americans had to ensure additional security for their troops in Iraq and Afghanistan they had no problem talking directly to Iran,” Lavrov said, adding that it was crucial to prevent bloodshed in Syria by accepting the required makeup of conference participants.

An international conference on Syria is to be held in Geneva on June 30.

Syrian government forces have killed more than 14,000 people since 15 months of violence began with a crackdown on pro-democracy protesters last year, according to activists. Regime forces were supposed to withdraw from cities and towns under Annan’s peace plan, which called for a ceasefire to begin on April 12.

U.N. observers sent to Syria to monitor the ceasefire deal halted operations on Saturday, and it is unclear whether the U.N. Security Council will extend the mission’s mandate when it expires on July 21.

Annan said the U.N. monitors are keen to resume their work, but circumstances must allow it. Meanwhile, General Mood said that monitors are continuing engagement by phone, some patrols still going to hospitals, but not going into new areas

Earlier on Friday, Russian Lavrov also said that he had urged Syria’s government to “do a lot more” to implement envoy Annan’s U.N.-backed peace plan, but that foreign countries must also press rebels to stop the violence.

After talks with Syria’s foreign minister, Lavrov said Syria’s government was prepared to withdraw forces from cities and towns simultaneously with rebels and suggested Moscow would seek support for such an agreement among other nations.

His remarks appeared aimed to indicate that Moscow, a long-time Syrian ally, is putting pressure on President Bashar al-Assad’s government while at the same time making clear his opponents share the blame for persistent violence.