Taroudant - Abdelilah Benkirane, the head of the Moroccan government, on Wednesday announced that road accidents in Morocco lead to more than 4000 deaths each year, causing damage estimated at 14 billion dirhams ($1,80), about 2% of GDP, MAP news agency reported on Thursday. 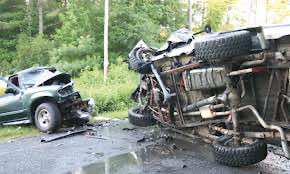 By
Larbi Arbaoui
-
Larbi is a freelance writer and assistant editor at Morocco World News.
Nov 8, 2012
Spread the love

Taroudant – Abdelilah Benkirane, the head of the Moroccan government, on Wednesday announced that road accidents in Morocco lead to more than 4000 deaths each year, causing damage estimated at 14 billion dirhams ($1,80), about 2% of GDP, MAP news agency reported on Thursday.

Speaking during a plenary session of the upper house of the Parliament, Benkirane noted that Morocco occupies the first rank in the Arab world, and 6th rank worldwide.

Benkirane said that 80% deaths in urban areas are among those without protection, 54% of pedestrians and 35% of motorcyclists and users of light vehicles.

For the number of vehicles involved in road accidents having caused casualties, he reported that it had reached 108.919 in 2011, an increase of 2.47% compared to 2010.

The head of the government pointed out that 77.7% of accident occur in the urban area for various reasons including non-compliance with traffic lights, adding that these accidents are responsible for third of casualties.

Benkirane attributed the increase in the number of accidents since the entry into force of the Traffic Act in October 2010 to a loosening in the levels of controls and the lack of strict application of the law.