Rabat  -  Morocco's government has decided to suspend contact with European institutions, except for exchanges on the appeal related to the EU-Morocco agriculture agreement. 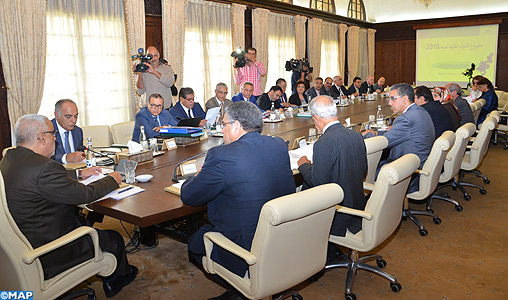 Rabat  –  Morocco’s government has decided to suspend contact with European institutions, except for exchanges on the appeal related to the EU-Morocco agriculture agreement.

The government reiterated its refusal of the European Court of Justice’s (ECJ) ruling on the EU-Morocco agriculture agreement, he added during a press briefing following the weekly cabinet meeting.

”The government denounces the political character of this decision, its unfounded arguments, its skewed logic and conclusions that are contrary to international law and UN Security Council’s resolutions,” the minister said.

“Morocco does not accept to be treated as mere subject of legal proceedings or reduced to being tossed between different services and EU institutions. The pursuit of such an attitude may permanently undermine mutual trust and the sustainability of the Partnership,” he added.

Last December, ECJ’s Eighth Chamber made a ruling annulling an enhancement of the agricultural agreement signed in 2012 between Morocco and the European Union.

The European Union “did not verify whether the exploitation of natural resources of the Western Sahara under Moroccan control was done or not for the benefit of the people of that territory,” the European Court said in its ruling issued on December 10, 2016.

Morocco reacted swiftly to the court decision and called on the European Union to assume its responsibility and show it willingness to safeguard the partnership between both parties.

The Moroccan government’s decision to suspend its contact with its major trading partner comes less than a week after the UE lodged an appeal against the ruling made by the European Court of Justice.