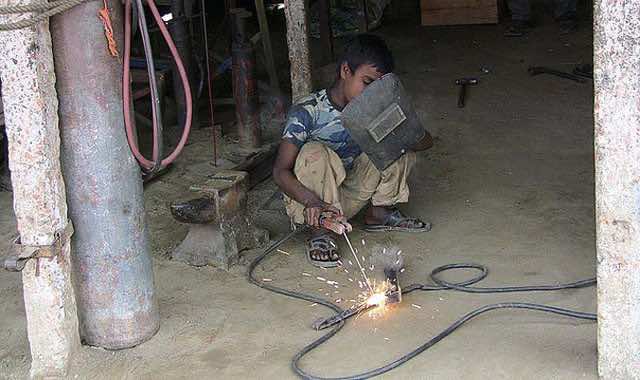 Casablanca – Morocco still sees high levels of child labor, including dangerous jobs. The dire conditions of these jobs make working a daily risk to the children’s health, safety, and innocence.

On June 12, International Child Labor Day, The Haut-Commissariat au Plan (HCP) published an analysis of their study, which was part of their 2015 national investigation on employment.

In 2015, 193,000 children aged 7 to 17 had already worked or were still working a dangerous job. This number represents almost 60 percent of all employed children, and almost 3 percent of all Moroccans in that age range. Of these 193,000, 75.3 percent are aged between 15 and 17. According to the study, boys are more likely than girls to be involved in risky labor, as they comprise of 78 percent of the concerned children.

In addition to their hazardous occupations, the majority of the children concerned have never had a traditional education, with 9 percent having received no education whatsoever, 19.3 percent educated while working, and 71.7 percent of whom had quit school altogether.

The HCP noted that the rate of dangerous work in Morocco is 2.9 percent. This puts the kingdom below the world average of 5 percent, and far from that of sub-Saharan Africa, which lies at 10.4 percent.