El Jadida - It goes without saying that the media image of a war against Islam and the support and validation young martyrs gain from the distribution of their videos to the public increases the pool of young Muslims susceptible to the message of Jihad. 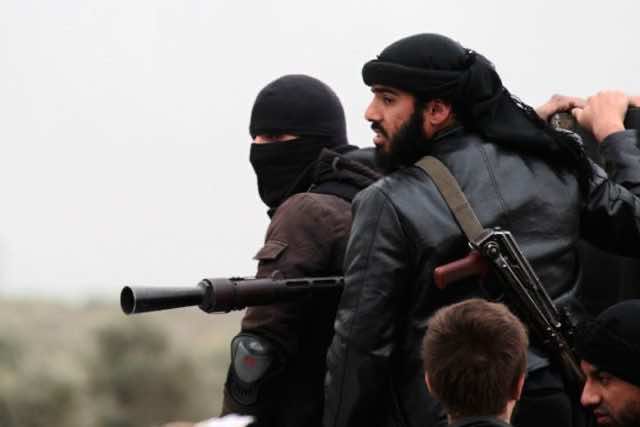 El Jadida – It goes without saying that the media image of a war against Islam and the support and validation young martyrs gain from the distribution of their videos to the public increases the pool of young Muslims susceptible to the message of Jihad.

The perpetrators of martyrdom are not generally intellectuals who rationalize the conflict with the West. The explanation for their behavior is not found in how they think but in how they feel. They all dream of heroic model roles reviving the Islamic conquest. Their attacks are not individual but collective.

A script in the video states: ‘Like all of us, Abu Muawiyah Al-Shimali read the letter written by the sister in Abu Ghraib prison before she was martyred. He could not calm down, and resolved to avenge her death, and the deaths of all free Muslim women. He could find nothing more precious than his own soul to sacrifice for the sake of Allah, and to redeem the honor of his sisters. He asked Allah to accept him as a martyr and to marry him to this young woman’ (Al-Qaeda in Iraq, 2006). The indignation inspired by the letter and a desire for revenge are also part of the final statement by Abu Muawiyah himself (Al-Qaeda in Iraq, 2006):

America, the only things awaiting you here are these buttons [referring to the detonator]. I have my bag with me. In it, I have TNT, and a gas container next to me. The land is calling me, leading me to Paradise. The youth who follow religion do not care about the rulers. Oh Bush, you despicable son of a despicable man, you will bow your head. We’ve already destroyed the [World Trade Centre] tower, and we will make you bow your head. [. . .]. Allah, marry me to the sister Fatima, who was killed in Abu Ghraib, and whose honor was defiled by the tyrants and apostates, the offspring of apes and pigs. (Toseni, 406).

The awakening of such dormant desires for revenge in young Muslims and the agitation of the boiling cauldron of wannabe recruits in the line of martyrdom has also been lubricated by the appearance of leaderless Jihad.

This is the third generation of Jihadists that take their cue from the beliefs and credo of al-Qaeda without being under its formal command. There was the first generation in the 1980’s of Afghan Arabs, Ben Laden’s companions in arms; the second generation in the 1990’s was composed fairly of educated young Muslims who went to Afghanistan for training; these were Muslims living in Diaspora.

The third still-working generation is the generation of waannabe martyrs radicalized online. Over the past few years, face-to-face radicalization is being replaced by online radicalization. Islamist extremist forums give the wide support, skill and validation to the wannabes who need to accomplish their missions. The new comers are generally poorly educated, homegrown, and tend to join the movement around the age of twenty. They are fluid, self-financed, self-trained informal networks resulting in decentralized social structure of martyrizing communities.

From the survey we conducted among young schooled Moroccans around 2010, it is conspicuous that a vast majority of young respondents believe in the media discourse at face-value, especially the Arab-speaking channels’ discursive representations, and actually lack the tools of analysis to detect its political stances and ideological orientations.

Academic research should normally dedicate much space to this issue and to the need for multimodal discourse analysis to be vulgarized at early educational levels to make the rising population of youths aware of media representation issues and clash of media discourses.

None of my respondents when faced with the video discourses of martyrs asked questions or discussed the issue of discourse production, editing and the identity of editors, or whether those discourses were produced for the public as opposed to the personal sphere of family and friends, and which institution aired the tape and what kind of difference was there between the different representations. Why was the institution of al-Jazeera, for instance, so often the platform of airing tapes for martyrs?