Casablanca — A Moroccan engineer presented the prototype of a car which is 100 percent electric, functioning solely off of green energy, at the COP22 climate change conference in Marrakech, reports Medias24.

Casablanca — A Moroccan engineer presented the prototype of a car which is 100 percent electric, functioning solely off of green energy, at the COP22 climate change conference in Marrakech, reports Medias24.

The car rivals similar models that are traditionally very bad for the environment.

Vehicles are big gas emitters, as they emit fine CO2 particles, and Moroccan engineer Imad Morchid knows this and is trying to combat it.

His 100 percent electrical car, dubbed “Jadéite” uses an electric motor that is as powerful as those that run on gas.

Medias24 interviewed the budding young engineer at his COP22 expo, which welcomed a crowed of visitors.

“There were other experiments in the world, but this concept car that functions on electrical batteries is a first for Morocco and a first for the Arab world. This car has 650 horsepower and can reach a speed of 320 km an hour,” Morchid told Medias 24, adding that the car’s batteries “recharge in only three hours.”

According to Morchid, the car was conceptualized and assembled in only five months at “Morchid Engineering,” his company headquarters.

Though the car has received numerous accolades already, it will soon head to Europe for more aerodynamic testing that is not yet available in Morocco. 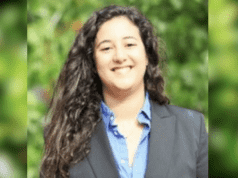