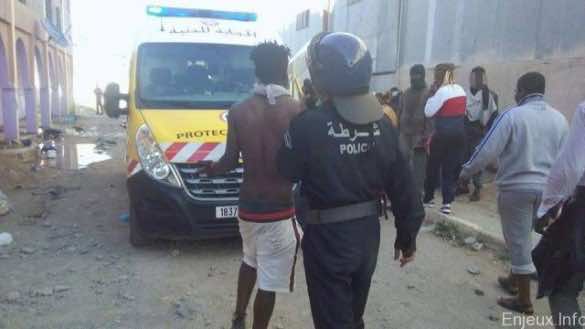 “Algerian authorities since December 1, 2016,” says the report, “have rounded up more than 1,400 sub-Saharan migrants and reportedly deported at least several hundred across the border into Niger.”

According to the HRW, migrants were rounded up “in and around Algiers, the capital, and bused […] 1,900 kilometers south to a camp in Tamanrasset, from which some were bused into Niger.”

The report demands that Algeria halt these summary deportations as a party to the 1951 Refugee Convention, which bars the country from returning refugees to a place where they could be subjected to further poor treatment. The HRW also recalls the International Convention on the Protection of the Rights of All Migrant Workers and Members of their Families, to which Algeria is also party, which required each individual expulsion to be examined thoroughly.

Middle East and North Africa director of HRW Sarah Leah Whitson, was cited in the report, saying, “A mass and summary deportation of migrants, including men and women who may have fled persecution or have worked for years in Algeria, would violate their rights.”

“The right of a country to control its borders is not a license for lawlessness,” she adds.

Last week, the HRW was able to reach two male refugees over the phone who were on their way to Zeralda on their way out of Algeria. “They separately,” said the report, “provided similar accounts of police rounding them up and placing them on the buses. They said the authorities did not screen them to ascertain their situation or refugee status, provide information about their rights, or allow them to contact the United Nations High Commissioner for Refugees or consular representatives of their country of origin.”