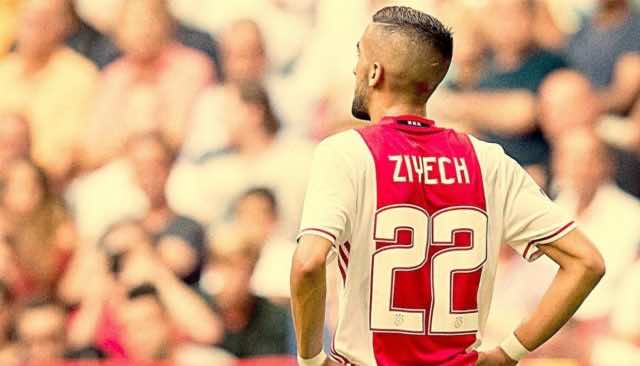 Luciano Spalletti, A.S. Roma’s coach, is making AFC Ajax’s star Ziyech his priority for the coming transfer, calling for A.S Roma’s committee to make an offer to Ajax for Ziyech.

The same source reported that the current estimated transfer payment of Ziyech to another club is valued at 25 million euro. It added that the offer could be of interest to the Ajax since the transfer of Ziyech from his former club Twente was estimated at nearly 11 million euros.

Ziyech was snubbed by Moroccan national football team’s coach, Hervé Renard who did not call him to join the ranks of the Atlas Lions to participate in the 2017 Africa Cup of Nations (CAN 2017) in Gabon despite his great performance with Ajax.

Ziyech is currently being courted by renowned European football clubs, especially in England. Several English clubs such as Swansea City, Newcastle and Southampton have all expressed interest in the young Moroccan player.

Ziyech created more chances than any other player in Eredivisie (Dutch Football League), with 106. His nearest challenger is PSV Eindhoven’s Davy Propper, who created only 67 chances.